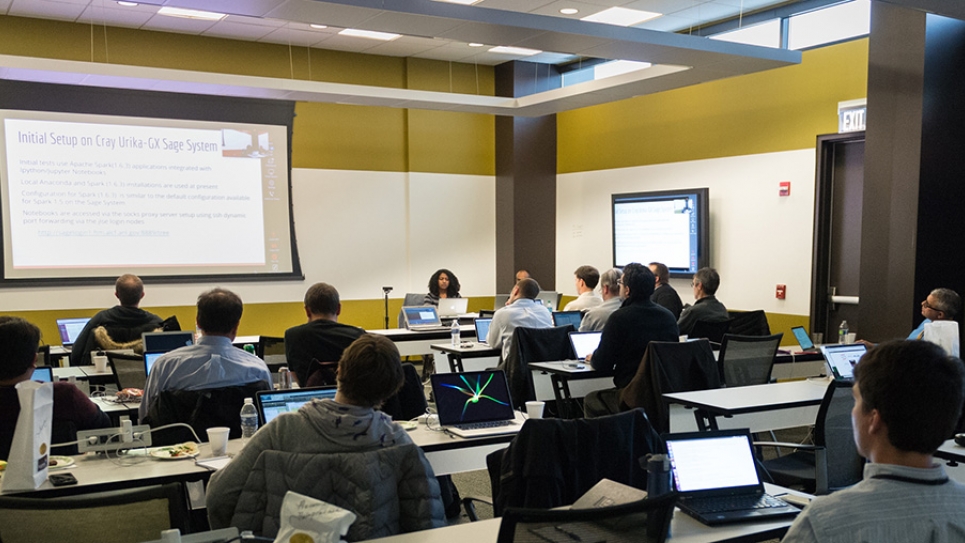 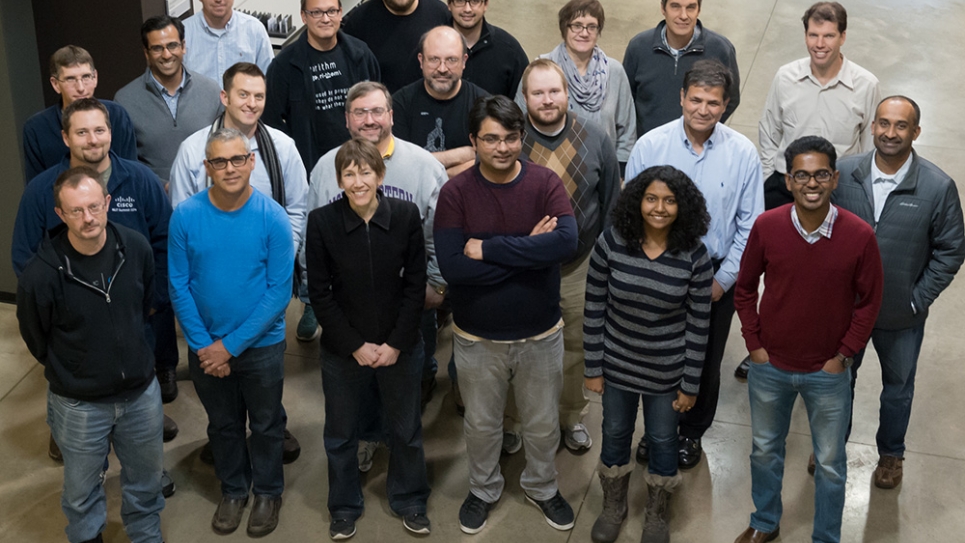 With the launch of a Cray Urika-GX system this fall, Argonne National Laboratory became the first research center to deploy the new computing platform for big data analytics.

In December, a group of 38 researchers gathered at the laboratory to learn how the system, named Sage, can help advance their data-intensive science problems.

Hosted by the Argonne Leadership Computing Facility (ALCF), the two-day workshop, led by experts from Cray, provided an overview of the new system’s features and capabilities, and an opportunity for collaborative, hands-on training sessions.

“As part of the workshop, we covered some real-world use cases, including early analytics of large-scale datasets collected at Argonne’s Advanced Photon Source,” said Venkat Vishwanath, an ALCF computer scientist who helped organize the workshop. “Attendees were able to see firsthand how the new system could help to accelerate their data analytics efforts.”

Housed in Argonne’s Joint Laboratory for System Evaluation (JLSE), Sage is equipped with big data frameworks, including Spark and Hadoop, as well as the Cray Graph Engine, which can compute multi-terabyte datasets made up of billions of objects.

“Sage will provide our user community with a unique software environment that is particularly well-suited for big data analytics and improved productivity,” said Vishwanath, who leads the ALCF’s data science team. “The system also has an interactive, web-based usage modality that makes it easier to submit and manage jobs, monitor the system, and browse documentation.”

Initially, Sage will be available to JLSE users and research teams participating in the ALCF Data Science Program, a pioneering initiative aimed at preparing data-centric applications for leadership computing resources.

In addition to providing a new platform for data-intensive science, Vishwanath said Sage’s system software will give users an indication of what’s to come with ALCF’s next-generation Intel-Cray supercomputers, Theta and Aurora.

The ALCF and the Advanced Photon Source are both DOE Office of Science User Facilities.