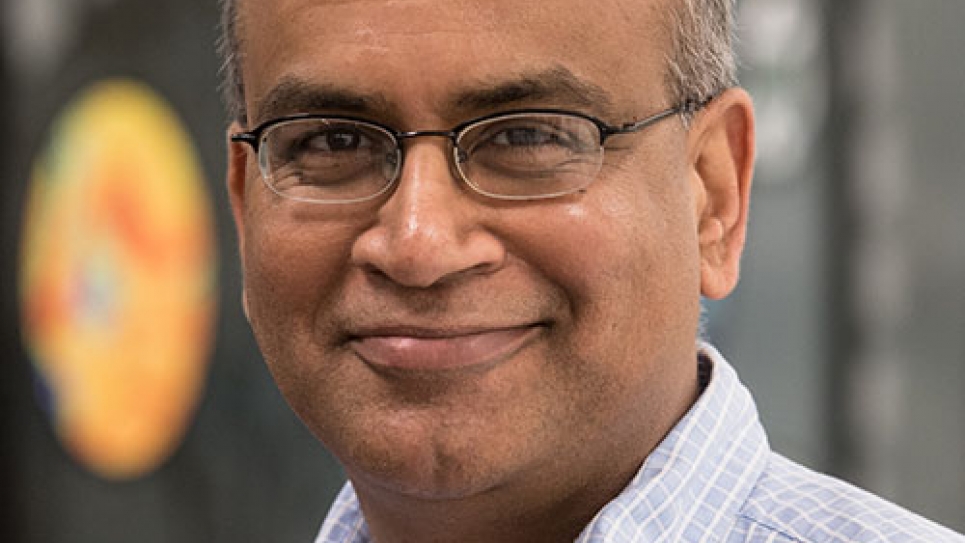 A turn for the best

Call it fate, call it destiny, call it happenstance. Sometimes a career takes an unexpected turn that benefits a large group of people, including the individual for whom it occurs. In the case of Kalyan Kumaran, the aerospace industry's loss is the high-performance computing community's gain. Kumaran is a senior computer scientist at the Argonne Leadership Computing Facility, a U.S. Department of Energy Office of Science User Facility.

Kumar, as he is known, is the 2018 recipient of SPEC's highest honor, the Presidential Award. He received the award for his contributions to SPEC as chair of the High-Performance Group (SPEC/HPG) for more than 15 years. He also served on the SPEC CPU committee and was elected to the SPEC Board of Directors.

Coming out of Iowa State University with a PhD in engineering, Kumar thought he was destined for a job in computational fluid dynamics (CFD) for NASA’s Ames Research Center. But in reaction to a market shift, he transitioned to computer science and ended up at SGI. It has proven to be a fortunate development for SPEC.

Early contributions to CPU and HPG

In the mid-90s Kumar became SGI's representative to the SPEC CPU committee, submitting SGI's results for SPEC CPU2000 and developing more than a dozen floating point benchmarks for the SPEC CPU2006 suite.

He began working with SPEC/HPG during the latter stages of development for SPEC HPC2002 and was elected chair in 2002. With few members in the early days, SPEC/HPG would piggyback on the meetings of the Fortran standards committee, taking over a meeting room on Sunday after everybody else had left for home.

"We'd be given the meeting room free of cost, bring our own projector, and work on code, connecting to the hotel's router. If one person was using a VPN connection, the rest of us would have to wait for our turn."

During his time as HPG chair, Kumar expanded participation in the benchmark development process by bringing universities and major research labs into the fold, creating a dynamic team of academics, researchers, and vendor engineers from around the world.

In all of his many roles, Kumar could be relied upon to build consensus and lead by example. He could also be counted on for pointed suggestions and pithy comments that brought much-needed humor to potentially tense situations.

Kumar applauds the decision by SPEC/HPG to make its benchmarks free of charge to qualified non-commercial organizations. He sees it as a key step to expanding the use of high-quality benchmarks in research and increasing participation in the development process.

"SPEC needs to have more people actively involved and contributing in order to generate new ideas and continually evolve its benchmarks and tools."

The value of support and friendship

Like all those working with SPEC, Kumar realizes the support of his employers over the years -- SGI, VMware and Argonne National Laboratory -- made it possible for him to volunteer so much time to SPEC.

"All of us in SPEC know that this isn't possible without our employers’ support to develop these benchmarks, bring them to the community, and continually improve them.”

While proud of HPG's technical achievements, some of Kumar's best memories are the people he worked beside in countless benchathons and planning meetings.

"Many of us were competitors, but we were a closely knit group dedicated to the common cause of making new benchmarks that were relevant and sustainable. We will be friends forever."