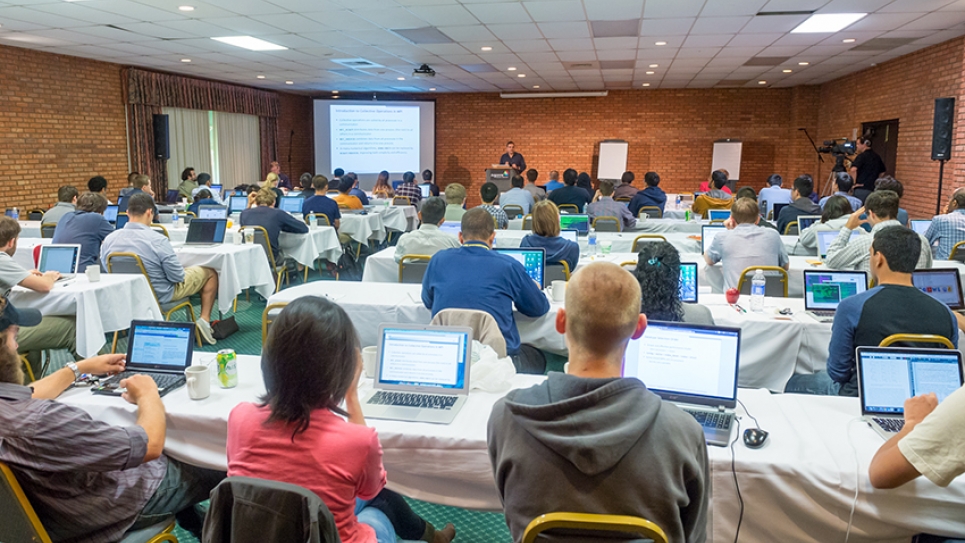 The Argonne Training Program on Extreme-Scale Computing (ATPESC), a two-week “boot camp” introducing a group of 65 participants on how to effectively use the world’s most powerful supercomputers, is set to begin on July 31.

This pioneering program, now in its fourth year, aims to educate the next generation of researchers on all aspects of high-performance computing (HPC), including programming techniques, advanced numerical algorithms, and current and emerging computing architectures. Featured are lectures and panels led by HPC experts and leading scientists as well as extensive hands-on exercises to guide participants through the use of massively parallel supercomputers with hundreds of thousands of processors.

This year, Marta García, computational scientist at the Argonne Leadership Computing Facility (ALCF), is taking the reins as the ATPESC program director, succeeding former ALCF Director of Science Paul Messina, who founded ATPESC in 2013 and now serves as the director of the U.S. Department of Energy’s (DOE) Exascale Computing Project.

“Using supercomputers for computational science and engineering requires expertise that is not always covered by formal education,” says García.“We want to bridge that gap by training researchers early in their careers, providing an environment where participants can learn and interact with leaders from the HPC community, and giving them inspiration to solve their scientific challenges faster.”

The 65 participants for the 2016 program were selected from a highly competitive pool of applicants. They are comprised of doctoral students, postdocs, and computational scientists who have previously used a HPC system for a reasonably complex application and are engaged in or plan to conduct research with HPC. The participants’ research interests range from physics and chemistry to materials science and computational fluid dynamics to climate modeling and biology, all of which benefit greatly from the use of HPC’s advanced capabilities.

“With ATPESC, our goal is to grow the community of researchers that can use extreme-scale computing resources and give them the skills they need to solve complex problems in science and engineering,” says García.