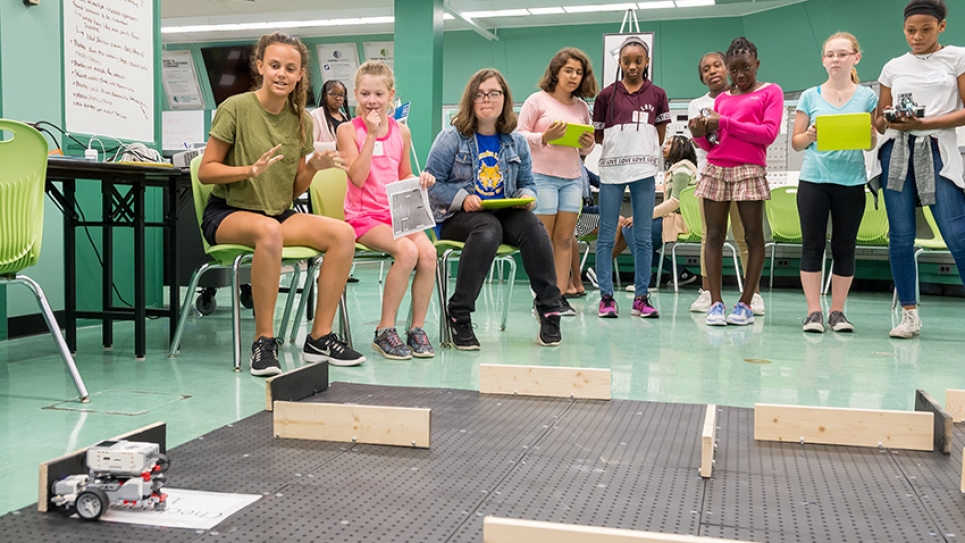 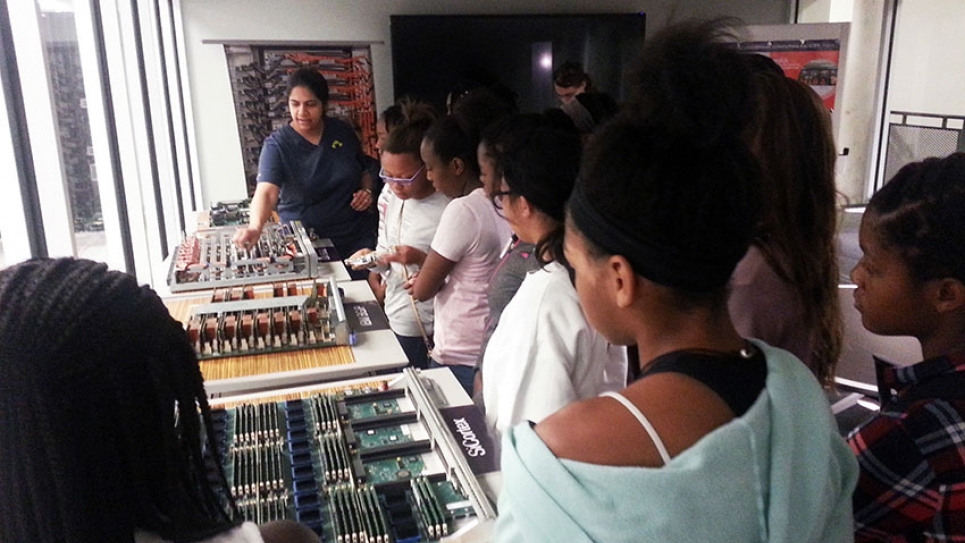 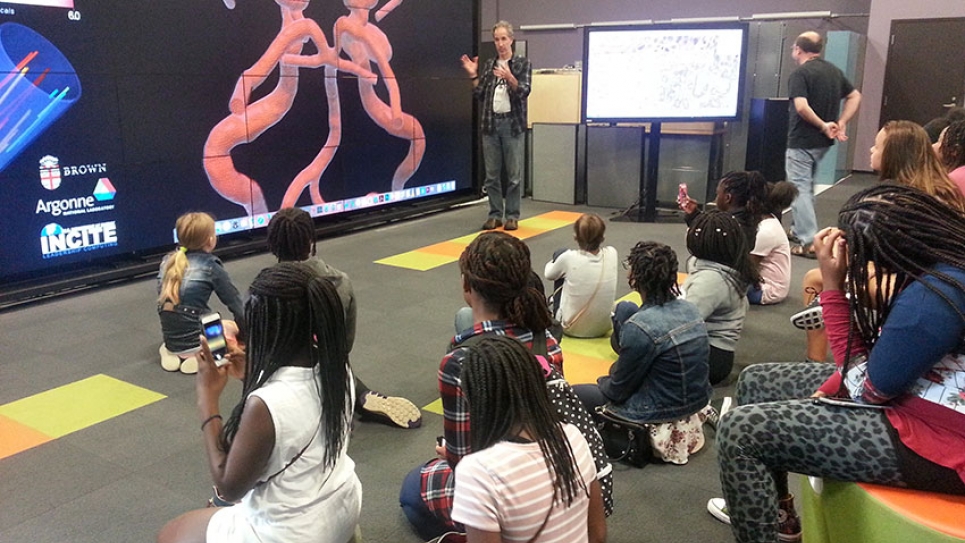 On a recent August day at the U.S. Department of Energy’s (DOE) Argonne National Laboratory, 19 seventh and eighth grade girls huddled around computers learning the fundamentals of coding in the Python programming language as part of a two-day “CodeGirls @ Argonne” camp.

“We started the camp with a challenge to program small battery-powered cars to travel through a maze using a tablet computer, and progressed to a series of projects and games that prepared the students for their final collaborative coding activity to build some simple programs using the Python language,” said Sturner.

In addition to learning coding fundamentals, the girls interviewed female computer scientists at the laboratory about their work. Questions like “What do you like about your job?”; “Do you work in an office?”; “What made you want to go into this field?” and “What did you study in school?” were among many posed as students and scientists talked.

Along with classroom-style sessions and a tour of the Argonne Leadership Computing Facility, students discussed portrayals of women in science and how those influence school and career choices.

As for the students, they had much to say about their experiences:

Meridith Bruozas, Argonne’s manager of educational programs and outreach, commented that “CodeGirls at Argonne helps break down the typical stereotype of coding being a solitary and male activity. At Argonne, computer scientists work as part of interdisciplinary teams that focus on solving problems. This camp allows girls to meet female computer scientists and see that coding happens within our teams and in lighted rooms.”

The Argonne Leadership Computing Facility is a DOE Office of Science User Facility.