Warm introductions to science and engineering 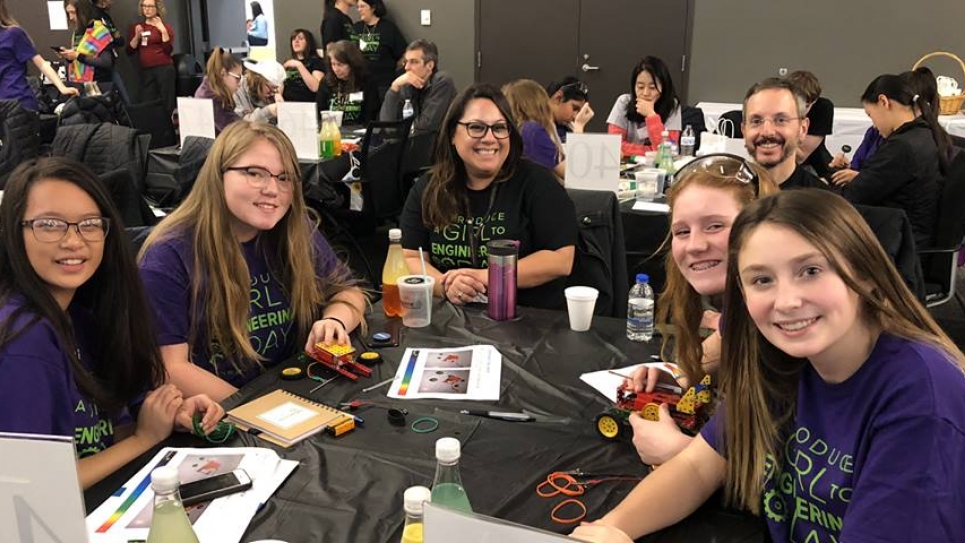 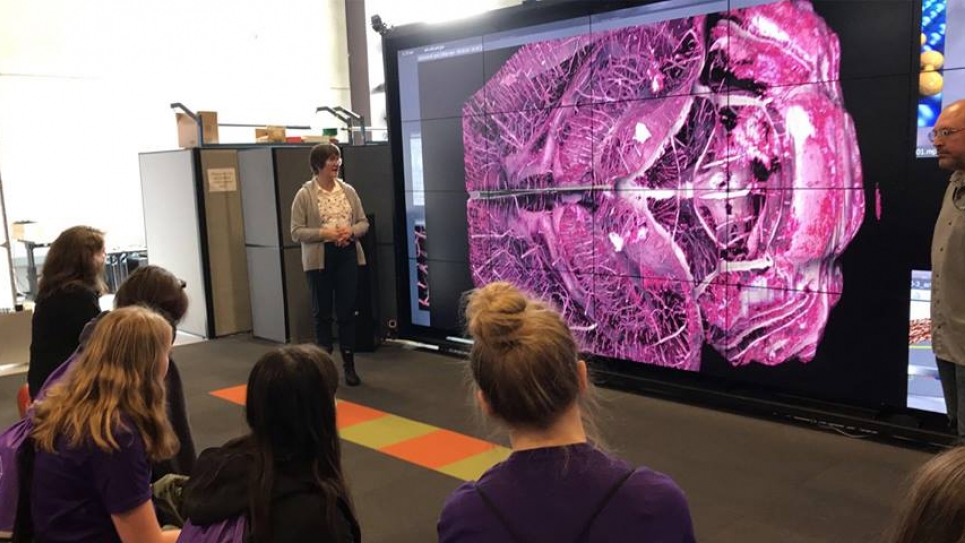 Dozens of female scientists and engineers welcomed middle school girls to the U.S. Department of Energy’s (DOE) Argonne National Laboratory on Thursday, February 22 for a day full of learning about science and engineering.

Argonne has been hosting Introduce a Girl to Engineering Day (IGED) for 16 years, and this year students were welcomed by a former participant, Allison Lantero of the U.S. Department of Energy. Lantero is a digital content specialist and attended the event at Argonne in 2001 as an eighth-grader. The yearly event is a diversity outreach program designed to provide eighth-grade girls an opportunity to learn about science, technology, engineering and mathematics (STEM) careers.

“It’s great to watch these girls light up when they learn science and engineering can be fun,” said Emily Zvolanek, a GIS analyst in Argonne’s Environmental Science division and four-time coordinator of the annual event.

Each student spent the day paired with an Argonne researcher who served as mentor and guide, assisted them with the day’s activities, answered questions and shared stories of their own career paths. Coupled with tours of Argonne divisions and projects where the students saw female researchers at work, this gave the girls a clear picture of what careers in a STEM field would look like. Seminars during the day encouraged the girls to think about the diverse jobs available to them and how an interest in problem solving or helping others can be perfect for a career in science.

“One big thing that I learned at IGED was that everything has a scientific explanation if you just ask yourself why and how,” said Anna Vukovich, a student from Madison Junior High School.

Students began the day touring Argonne, where they saw Argonne’s Mira supercomputer, watched researchers test advanced vehicles, and helped extract DNA from strawberry cells. They also learned how teams of researchers work together at Argonne, and saw science intersect with art when they watched a glassblower create specialized glass products for testing.

“This is a great opportunity for girls to learn about engineering and science and for Argonne researchers to encourage and motivate them,” said Liza Booker, a user experience analyst at Argonne who co-chaired the IGED organizing committee with cyber security analyst Jennifer Fowler. “We tailor the tours and activities are to show the students the many facets of science and engineering, and make sure to provide pointers on how the girls can break into those fields.”

Encouraging girls to start thinking about their future was an important role for the Argonne mentors, who helped the eighth graders create time capsules to open after college. The capsules included questions for the students to answer about their hopes and plans for the future, pictures from the day and letters the girls wrote to themselves.

After touring the laboratory, the students donned safety goggles and participated in dozens of hands-on activities and experiments at the IGED Engineering Expo. The girls also learned about computing, mechanical engineering, physics, thermal imaging, forensics and more. In the afternoon, teams of students designed miniature battery-operated vehicles and tested them by competing in a final race. Argonne’s Booker and her team presented awards for the fastest speed at the end of the day at a closing ceremony attended by the girls’ parents.

“My favorite part of the day was when we built the model cars,” said Vukovich of her participation. “This made me want to learn more about what makes engines run and I became curious about their overall design. This has reinforced my want to become a biomedical engineer when I grow up.”