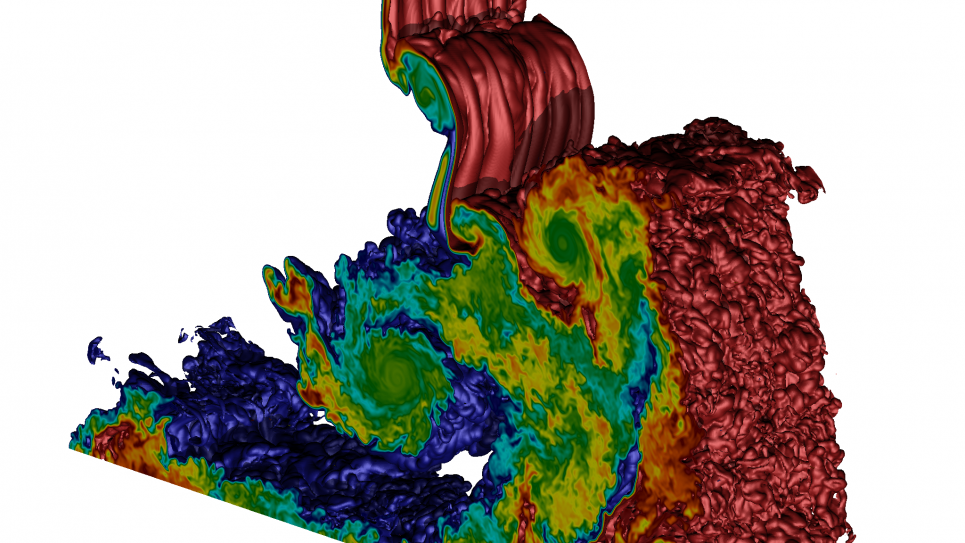 The turbulence physics of compressible, variable-density flows, especially after shock interaction is poorly understood and remains inaccessible to experiments due to the fast time scales and extreme conditions involved. Turbulence resolving numerical simulations have a critical role to play in advancing scientific understanding and engineering modeling, especially for applications such as inertial confinement fusion and supersonic/hypersonic propulsion. Fully-resolved simulations are needed to characterize the molecular mixing that controls interface sharpness (and thus the scale at which shock interactions introduce baroclinic vorticity) and momentum and energy fluxes in the inertial range that must be modeled in engineering applications with complex geometries and at high Reynolds numbers. Computational cost limits the range of scales which can be directly captured, particularly near solid boundaries. Yet many novel approaches to enhance mixing, delay flow separation, or control flow-unsteadiness rely on near-wall turbulence modifications and/or shock interactions. The development of predictive simulations for engineering applications requires benchmark- quality data in extreme flow regimes inaccessible to experiments, high-performing and computationally- efficient software capable of handling engineering complexities, and reliable models for the processes not explicitly captured.

To address these coupled challenges we propose the closely-integrated development of eddy-resolving simulations with different levels fidelity. The objectives of this proposed research are:

The results of our efforts will include benchmark simulations, modeling approaches, and open-source software able to describe phenomena as wide-ranging as shock-induced mixing in inertial confinement fusion, SWBLI in supersonic and hypersonic propulsion systems, and even unsteady shock interactions in transonic swept-back wing buffet situations. For these purposes, we will employ a two-code strategy, PadeOps and SU2, that, together, provide the simulation capabilities that are needed to resolve such disparate ranges of scales.

This project will result in a comprehensive assessment of shock-variable density turbulence interaction in a multi-fidelity setting. Benchmark quality datasets for validation and model development will also be gener- ated through the use of scalable and performant software that will be available to the scientific community. 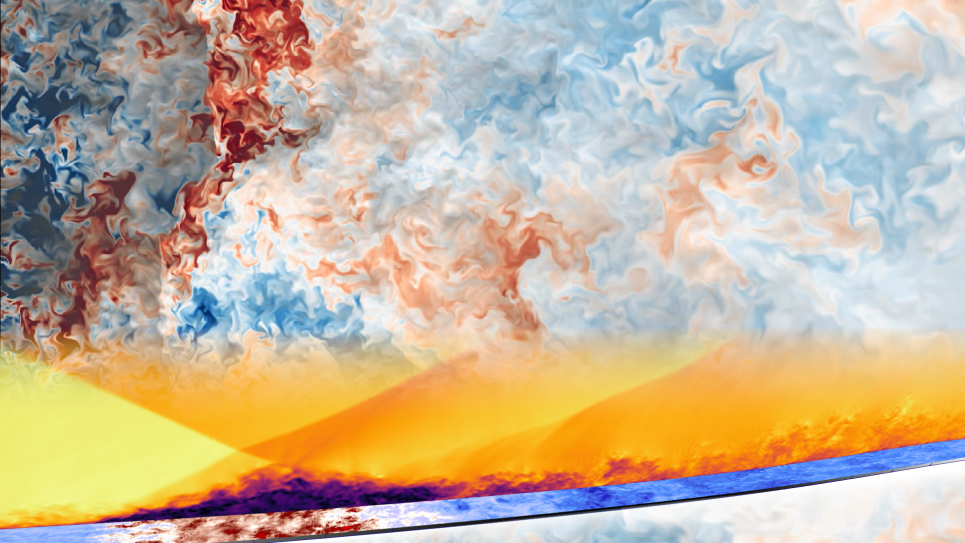 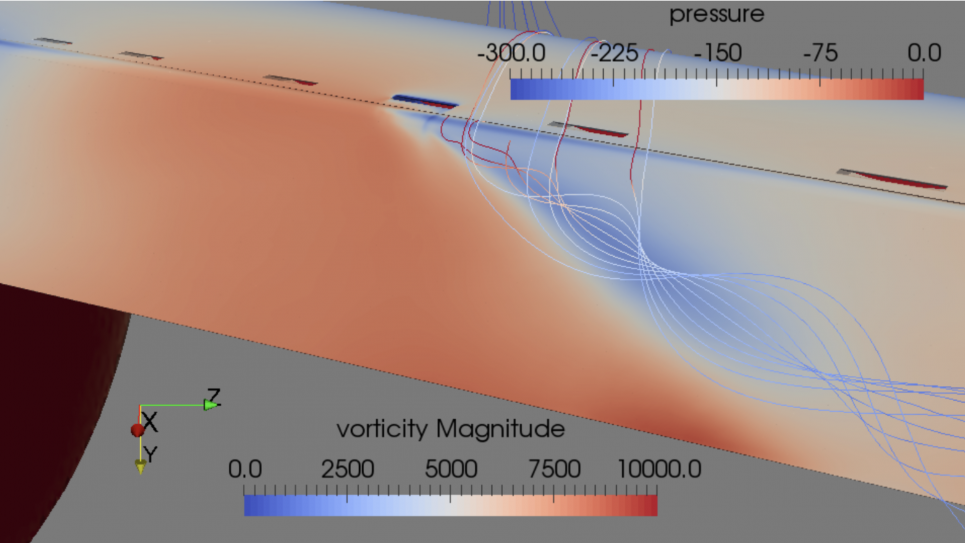 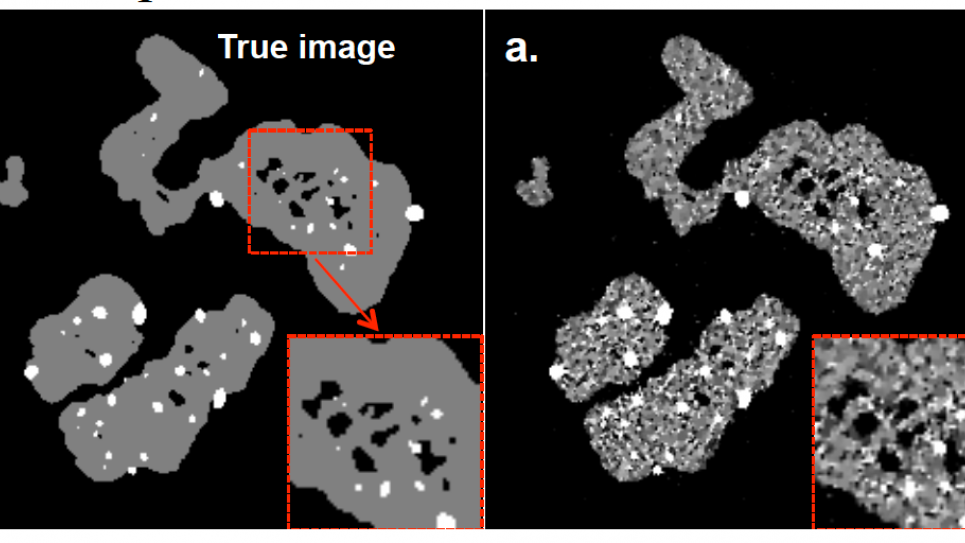