HPCToolkit is an open-source suite of tools for profile-based performance analysis of applications. Below is a brief description on how to use the HPCToolkit on the ALCF XC40 system. For more detailed information on using HPCToolkit and its capabilities, see the HPCToolkit website.

Installation on the ALCF Theta System

The HPCToolkit is installed in:

Add the HPCToolkit bin directory to your path as follows:

Compile the Code to Use HPCToolkit

It is not necessary to modify your source code to use the HPCToolkit. However, for statically linked executables; the executable must be built using the HPCToolkit hpclink command as the linker.

The build procedure when using HPCToolkit is:

Note: The link step may take longer than using the usual linker as additional steps are performed during the linking process.

To run the program, submit to the queues as usual (using the executable built with the hpclink command) but set the HPCT environment variables (HPCRUN_TRACE, HPCRUN_EVENT_LIST, HPCRUN_PROCESS_FRACTION) to specify the data to be collected. For example:

Setting the environment variable HPCRUN_PROCCESS_FRACTION will limit the number of process that write HPCToolkit output files to the specified fraction of processes. For runs using greater than 50-100 nodes it recommended that a fraction be set to limit the volume of output data.

HPCToolkit supports gathering of trace information, tracing can produce large volumes of information and it is recommended that it be performed only after profile data has been successfully gathered and reviewed. Tracing is off by default and may be enabled by adding the additional the environment variable:

A few notes on profiling events and options:

After execution, a directory hpctoolkit-myprogram-measurements-XXXXXX/ will have been created containing the collected performance data.

Analyze the Binary and Correlate with Performance Data

This step can be carried out at any point after the executable is built with the hpclink command: before, after, or during the program execution. The hpcstruct command will produce the file myprogram.hpcstruct. Note that this step may take a little while depending on the size of the binary file.

If the source is in multiple files, the specification of the path to the source should be given in the form "path-to-myprogram-src/+". Multiple -I source paths can be specified.

Running the hpcprof command will produce a database hpctoolkit-myprogram-database containing all of the information a viewer needs.

The performance data may be viewed using the hpcviewer command.

If trace data was collected (with HPCRUN_TRACE=1), the program hpctraceviewer may be used to view the trace data: 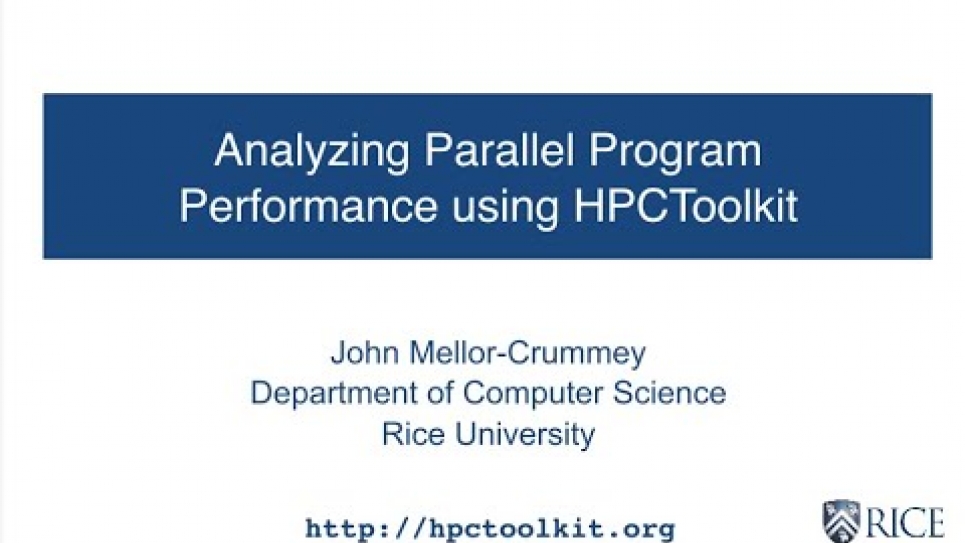 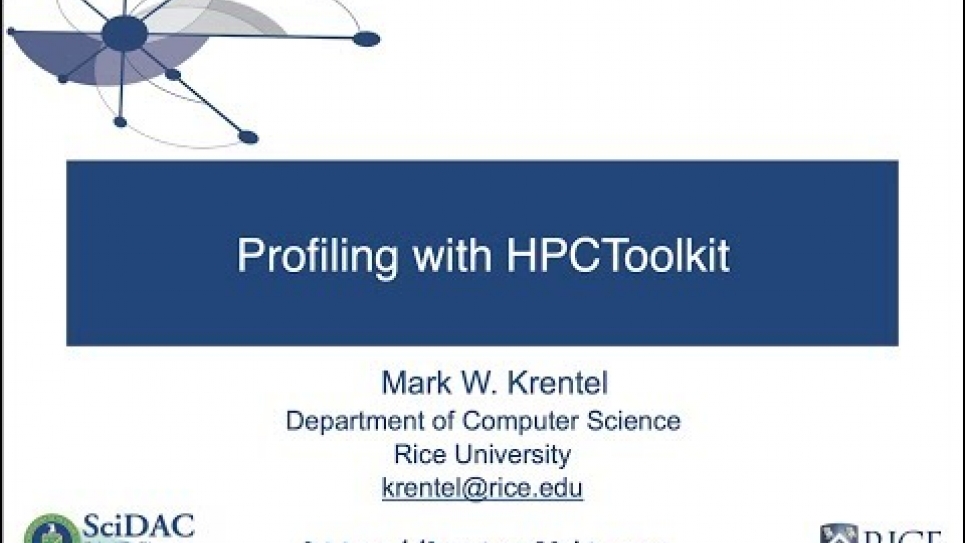