The ALCF was established at Argonne National Laboratory in 2006 as part of a DOE initiative dedicated to enabling transformational advances in science and engineering by providing the most powerful supercomputers in the world for open scientific research. 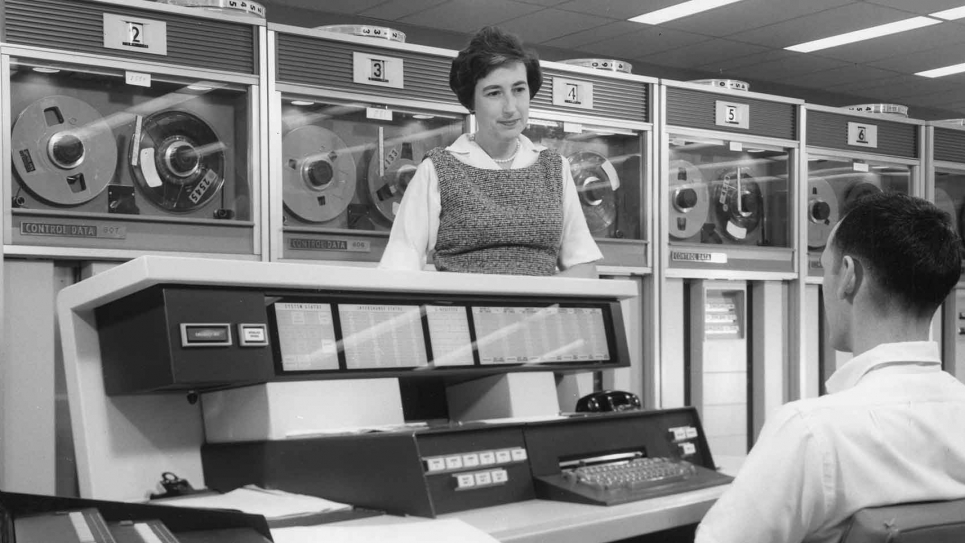 The facility has grown leaps and bounds since its inception, developing and deploying leading-edge computing systems with unprecedented capabilities, while fostering an ever-growing user community that is pushing the boundaries of fundamental discovery and understanding in a broad range of scientific disciplines.

Supported by the Advanced Scientific Computing Research (ASCR) program within DOE’s Office of Science, the ALCF is one half of the DOE Leadership Computing Facility, which deploys to diverse high-performance computer architectures for open science (one at Argonne and one at Oak Ridge National Laboratory).

In 1949, Argonne physicists needed computers to solve enormously complex mathematical problems. But these kinds of computers were not yet available commercially, so they built their own. Thus began the Argonne tradition of innovation in providing leading computing resources to the scientific community.

The seedbed for such groundbreaking software as MPI, PETSc, PVFS, GridFTP, and Cobalt, and as an essential partner in the development of some of the world’s premier supercomputers, Argonne’s historic stronghold at the forefront of scientific computing is undisputed.

Supported 31 INCITE and 9 ALCC projects sponsored by the U.S. Department of Energy
Mira, the ALCF’s new Blue Gene/Q supercomputer, was delivered, installed and accepted
Mira was ranked the fourth fastest supercomputer in the world, according to the November 2012 TOP 500 list, and the second fastest supercomputer, according to the November 2012 Graph 500 list
16 Early Science Projects were first to gain access to Mira
Delivered 1.2 billion core-hours of science on Intrepid
Four ALCF staff members were part of a Gordon Bell finalist paper at SC12

Supported 30 INCITE projects and 7 ALCC projects sponsored by the Department of Energy
Planned facility enhancements for Mira, the next-generation Blue Gene/Q supercomputer
Supported 16 Early Science projects
Prepared for Tukey, our visualization system that will be twice as fast as its predecessor, Eureka
Delivered 1.2 billion core-hours of science
Four ALCF staff members were part of a Gordon Bell finalist paper that won a Honorable Mention at SC11

Began support of 35 INCITE projects and 10 ALCC projects sponsored by the Department of Energy
Signed contract for Mira, the next-generation Blue Gene/Q supercomputer
Selected 16 Early Science projects to run on the 10-petaflops Mira
Delivered more than 2 billion core-hours of science
Intrepid won the top spot in the first set of results published on the new Graph 500 benchmark at SC10