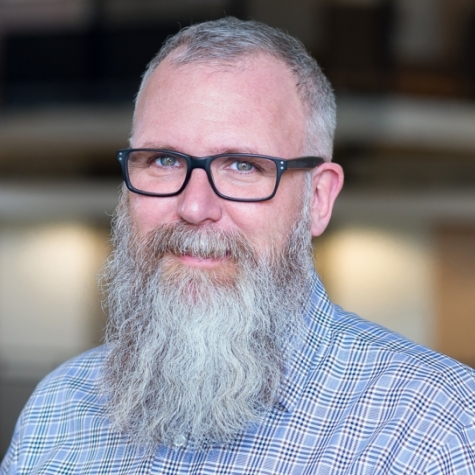 Michael E. Papka is a senior scientist and member of senior management at the U.S. Department of Energy’s Argonne National Laboratory. Dr. Papka is deputy associate laboratory director for computing, environment and life sciences, where he supports programmatic efforts for much of the computing research that happens at Argonne, and directs the Argonne Leadership Computing Facility, a DOE Office of Science user facility that supports advanced computational science campaigns on world-class supercomputing resources.

Dr. Papka is also a professor of computer science and Electronic Visualization Laboratory faculty member at the University of Illinois Chicago. Previously he was a Presidential Research, Scholarship, and Artistry professor of computer science at Northern Illinois University, where he founded the Data, Devices and Interaction Laboratory, a joint research lab between NIU’s School of Art and Department of Computer Science.

Dr. Papka has nearly 30 years of scientific and professional experience working with collaborators in the domain sciences, providing innovative technical approaches and expertise to investigate large data from simulation and experimental sources. His research interests include data analysis and visualization within the context of high-performance computing and the development and deployment of research infrastructure in support of science. Dr. Papka’s research career has focused on finding ways to make computing more accessible to scientists. From experimenting with display and collaboration technologies as a member of Argonne’s Futures Laboratory to applying computation techniques to glean faster and more detailed insights from data to probing computation systems themselves—his work aims to bring the benefits of computation to scientists in a way they find useful and productive.

Most recently, Dr. Papka has been working on efforts to simplify access to computational resources, creating a stronger, more interactive engagement between the user and the machine. This work is being realized through collaborations with the Advanced Photon Source and through efforts like the NSF-funded Sage project that supports AI at the Edge.

For over two decades, Dr. Papka has worked on STEM and STEAM instructional strategies and programs both as a developer and instructor of K-12 coding and computational thinking activities. He helped establish Argonne’s summer coding camps for high school students, participates in annual Hour of Code activities, and founded a local elementary after-school tech club for fourth and fifth graders in 2014. Dr. Papka regularly contributes to the Argonne Training Program on Extreme-Scale Computing (ATPESC), a program to train the next generation of computational scientists.

Dr. Papka received his bachelor’s degree in physics from NIU, his master’s degree in electrical engineering and computer science from UIC, and his master’s and doctor’s degrees in computer science from the University of Chicago, where he is currently a UChicago Consortium for Advanced Science and Engineering (CASE) Senior Scientist at-Large. Dr. Papka also is a research professor at Illinois Tech’s Department of Computer Science. He also currently sits on Loyola University Chicago’s Computer Science Program Advisory Committee and the Advisory Board of the Institute for Applied Computational Science at Harvard University.

Dr. Papka has co-authored more than 150 peer-reviewed publications, was an ACM Gordon Bell Prize Finalist, received several Best Paper Awards and IEEE Certificates of Appreciation, won an R&D100 award for Access Grid 3.0, and most recently, was awarded a Secretary of Energy Honor Award and the 2022 Argonne Board of Governors’ Pinnacle of Education Award.