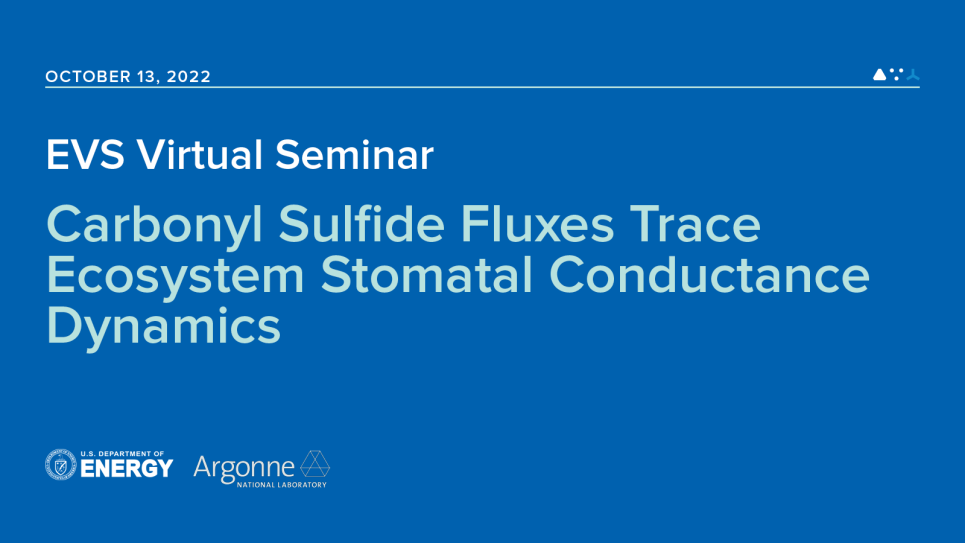 Abstract: The land-atmosphere exchange of carbon, water and some trace gases - such as ozone - are strongly regulated by vegetation activity.  Specifically, stomata on leaf surfaces are key valves that control the rate of removal or addition of some gases to the boundary layer. The response of stomata to temperature, humidity, atmospheric pollutants and soil moisture is highly non-linear and varies between species making it difficult to predict how co-varying changes such as heat and pollutant loads will influence the opening and closing of stomata.  The complexity of stomatal dynamics is difficult to model and limits the efficacy of Land Surface Models to capture sources and sinks of gases.

Here, I will present recent work showing that the fluxes of carbonyl sulfide (OCS), a trace gas with parts per trillion atmospheric concentrations, can be used to infer stomatal behavior. This gas is consumed by a hydrolysis reaction inside the mesophyll of leaves and thus as stomata open, the rate the gas is removed from the boundary layer increases. I will show how new measurements of OCS fluxes has been used to draw new inferences on the response of prairies and agriculture sites in the midwest to heat waves.  I will also show recent work on how OCS fluxes has helped uncover the response of ecosystems to diffuse light including a surprising increase in forest photosynthesis downwind of forest fires.  Lastly, I will conclude by discussing some outlooks and challenges in using this new tracer to understand global land-atmosphere exchange of carbon and water including outstanding issues associated with the global budget that ultimately limits its application to scaling local flux studies towards understanding global vegetation dynamics. ​​​​​​​