Inside the NVIDIA Ampere A100 GPU in ThetaGPU and Perlmutter 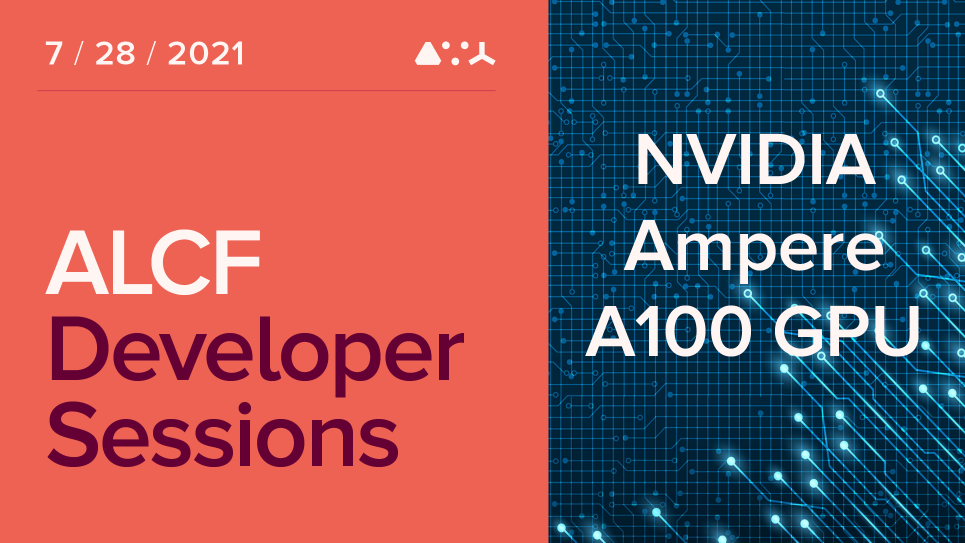 Inside the NVIDIA Ampere A100 GPU in ThetaGPU and Perlmutter

The NVIDIA Ampere A100 GPU, which powers ALCF's ThetaGPU system and NERSC's Perlmutter system, builds on the excellent performance of the NVIDIA V100 GPU and includes several new features for both HPC and deep learning. Particularly, tensor cores have been improved (including FP64 compute and efficient evaluation of sparse computation); the L2 cache is significantly expanded and includes new residency controls; the SMs have enhanced support for asynchronous operations involving shared memory; and the new Multi-Instance GPU feature allows true isolation of partitions of the GPU. NVIDIA has also invested significant effort in ensuring that both HPC applications and DL frameworks achieve excellent performance on A100. This talk will describe these (and other) aspects of A100 so that computational scientists can get a better idea of what is possible on this architecture.

Max Katz is a Senior Solutions Architect at NVIDIA. Max works with the US Department of Energy on the deployment and use of their GPU-powered supercomputers. Max is a computational astrophysicist who researches explosions of stars using fluid dynamics simulations. He holds a PhD in Physics from Stony Brook University and a BS in Physics from Rensselaer Polytechnic Institute.