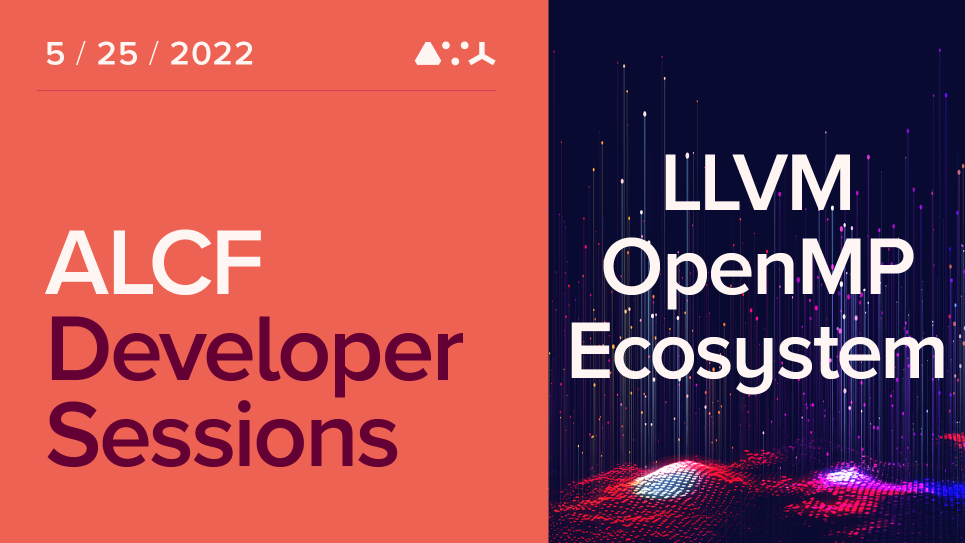 The LLVM/OpenMP environment underwent dramatic changes over the last few years. What started out as a regular implementation of the OpenMP standard has become the focal point of research and development of production-ready compiler technology for parallelism. LLVM/OpenMP shows that the goal of performance portability is tangible through its unique co-design of parallelism aware optimizations, language extensions, domain-specific optimization reports, and portable OpenMP runtimes.

In this talk we will look at the revolution in the LLVM/OpenMP development and discuss the significance beyond OpenMP. We introduce the non-conventional features already available through LLVM/OpenMP but also provide an outlook for what is to come. The goal of the talk is to introduce compilers, parallelism, and OpenMP in particular, as approachable technologies with often underestimated potential.

Johannes Doerfert is doing research and advancing LLVM compiler infrastructure in fields like inter-procedural optimization, OpenMP (offload), and parallel program optimizations. His interests also include the use of AI in compilers and smart/reactive software development. Johannes graduated from Saarland University in 2018 with a Ph.D. in computer science that was focused on the usage of polyhedral compiler technologies in low level codes. He is an active contributor to the LLVM compiler project since 2014 and the OpenMP standard since 2018.