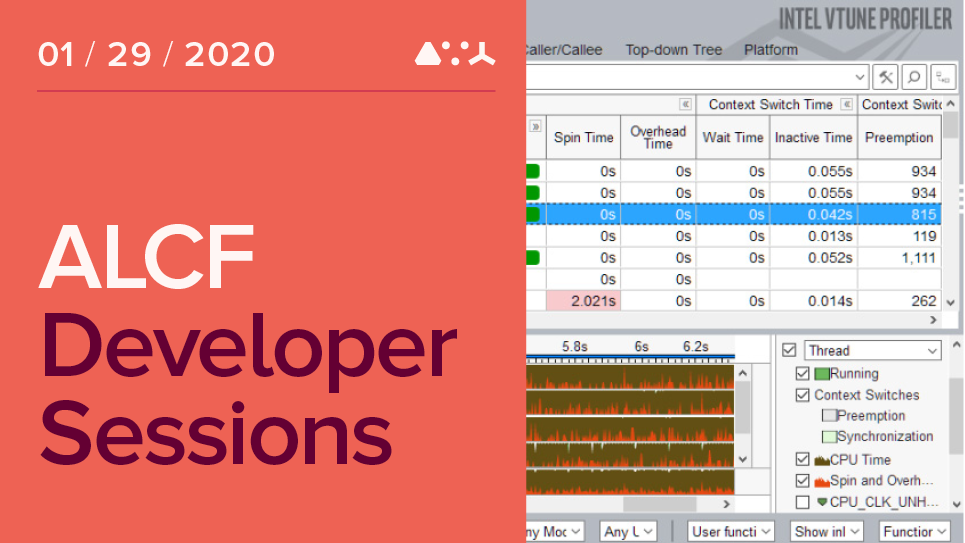 Extracting optimal performance from your application requires efficient use of your system's microarchitecture and parallelism at core, socket, and node levels. This webinar will focus on how to do just that using two profiling tools from Intel: Intel Vtune Amplifier and Intel Advisor. This webinar will focus on using these tools on Cray supercomputers such as ALCF's Theta.

After participating in this webinar you will be able to answer questions such as:

Paulius Velesko is an on-site Intel Application Engineer at the Argonne Leadership Computing Facility. His focus is on node- and core-level application performance on many-core x86 architectures such as Knight's Landing. Paulius has worked with a variety of applications such as XGC, a particle-in-cell plasma code; PhoSim, a Monte Carlo photon simulation; QMCPack, an electronic structure code; and Devito, domain-specific language for stencil compilation.

This webinar series is aimed at increasing the dialogue between ALCF users and the developers of leadership-class systems and software. Attendees are encouraged to bring any questions related to ALCF systems.