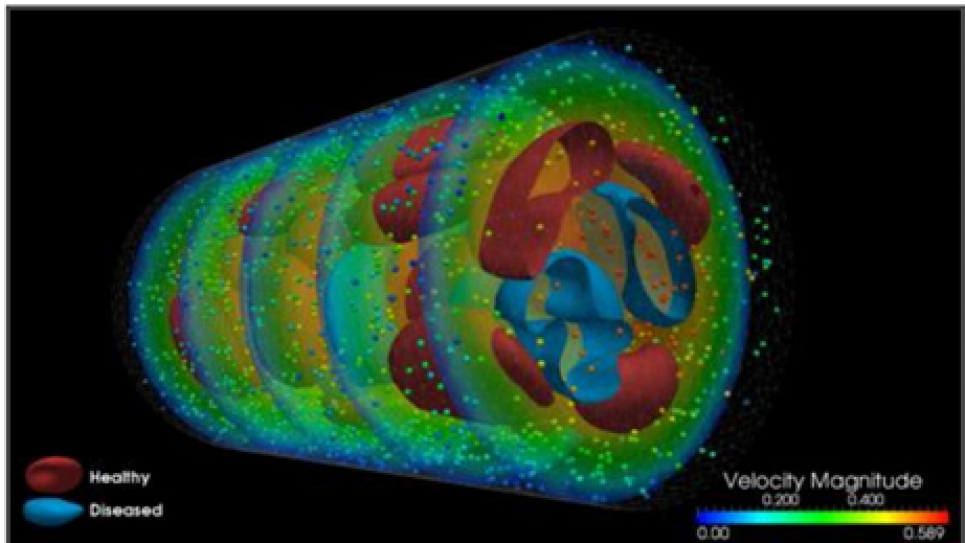 Thanks to increasingly cheap, fast and efficient computing power, scientific simulations are now a crucial tool for researchers who want to ask once impractical scientific questions or generate data that laboratory experiments can't.

But there's more to harnessing an army of computers than testing a hypothesis or extrapolating real-world observations. Simulations contextualize and clarify mountains of data into striking graphics that play to human strengths.

"The human eye can pick out patterns in simulations that are are otherwise hard to describe, and they can do it better than any computer", said visualization scientist Joseph Insley of Argonne National Laboratory. "Plus, with the incredible amount of data gathered these days, its difficult to analyze it any other way".

Making a useful scientific simulation isn't light work. If field researchers want to do it themselves, they must learn to code instructions for computer processing and control advanced 3-D animation software. Because of these hurdles, and the increasing sophistication of modeling methods, most team up with computer and visualization scientists to get the job done.

Ready-to-run simulation instructions can demand incredible computing resources. To churn out timely and useful data, it's not unusual to consume millions of processor hours. (Thirty minutes of nonstop number-crunching on a personal computer's dual-core processor, for example, is equivalent to one processor hour).

To reward the past year's most impressive scientific simulation efforts with bragging rights - and a shiny, Oscar-like statue - Insley and others coordinated the fourth "Visualization Night" competition. The U.S. Department of Energy hosted the event in July 2011 during its annual program called SciDAC, or Scientific Discovery through Advanced Computing.

Twenty-three hopefuls entered, but only 10 earned a "people's choice" award from their scientific peers. Two won awards from a three-person panel of experts.

We review the researchers's favorite animated submissions in this gallery.