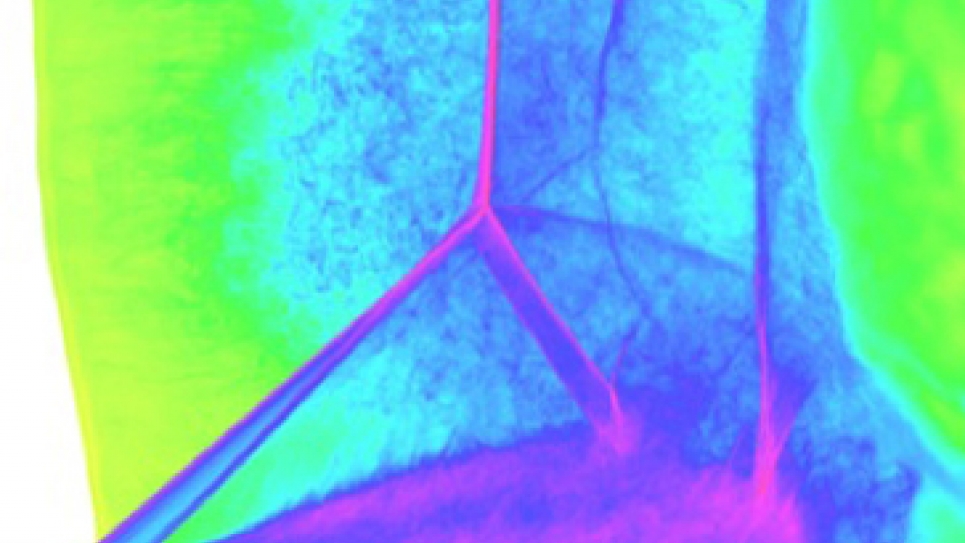 Sixteen research projects have been named to the Early Science Program (ESP) at the Argonne Leadership Computing Facility (ALCF) to assist in the ramp up of Mira, its next generation Blue Gene supercomputer.

With system installation expected to begin in 2012, the 10 petaflops system will include more than 750,000 cores and more than 750 TB of memory. Mira will be 20 times faster than the ALCF's current supercomputer, Intrepid, an IBM Blue Gene/P, and will have the power to run programs at 10 quadrillion calculations a second.

The 16 ESP projects were selected from a pool of over 40 applications received in an open call this spring. The winning projects were chosen based on their scientific excellence, relevance to the Department of Energy, and potential for scientific breakthroughs using Mira's massive computational capability. The Early Science project teams, in collaboration with ALCF staff and IBM, will undertake intensive efforts to adapt their software to take advantage of Mira's next generation Blue Gene architecture, which, in a number of ways, is a precursor to future HPC architectures.

"Gaining maximum performance for scientific applications on Mira will require improvements to algorithms, programming models, and I/O routines. We chose application teams that have experience with leading edge technology and can partner closely with Argonne staff as we develop new solutions", said Pete Beckman, director of ALCF. Together, the 16 projects span a diverse range of scientific fields, numerical methods, programming models, and computational approaches and represent a significant portion of the ALCF's current and projected computational workload. In exchange for intensive, hands on assistance from ALCF experts and access to substantial time allocations on Mira, early users will assist the facility in identifying areas where the basic software and infrastructure needs tuning. Argonne and the open source community have authored many of the software packages that will be used on Mira to provide a robust and complete computing environment. The ALCF will lead an initiative with the ESP teams to add new features and tune the community software on Mira.

ESP awards became available in August 2010 for the following:

* Christos Frouzakis with the Swiss Federal Institute of Technology is investigating autoignition in crossflowing jets relevant to the premixing duct of lean premixed turbines.

* Mark Gordon from Iowa State University will harness the power of supercomputers to gain a detailed, fundamental understanding of liquid water - replacing unreliable empirical models for bulk properties such as thermal expansion coefficients.

* Thomas Jordan with the Southern California Earthquake Center will perform highresolution simulations to improve estimates of seismic hazards in California and around the world.

* Alexei Khokhlov, University of Chicago, will produce simulations for use in the design of safe combustion systems for future hydrogen energy solutions.

* Paul Mackenzie, Fermilab, and the USQCD collaboration will produce the highprecision lattice quantum chromodynamics calculations urgently needed in the analysis of crucial experiments in high energy and nuclear physics.

* Robert Moser with the University of Texas will perform a direct numerical simulation of turbulent channel flow to improve efficiency of transportation systems: transport of fuels through pipes and airflow around vehicles.

* Benoit Roux, University of Chicago, aims to apply advanced strategies based on large-scale molecular dynamics simulation to create virtual models of biomolecular systems such as amino acids in a folded protein with unprecedented accuracy.

*Gregory Voth, University of Chicago, will research cellular-scale biological processes via coupling of multiscale computer simulations with petascale computational algorithms and hardware to address issues of human health and to further our understanding of the biological world.