ALCF Project Seeks Evidence of Physics Beyond the Standard Model 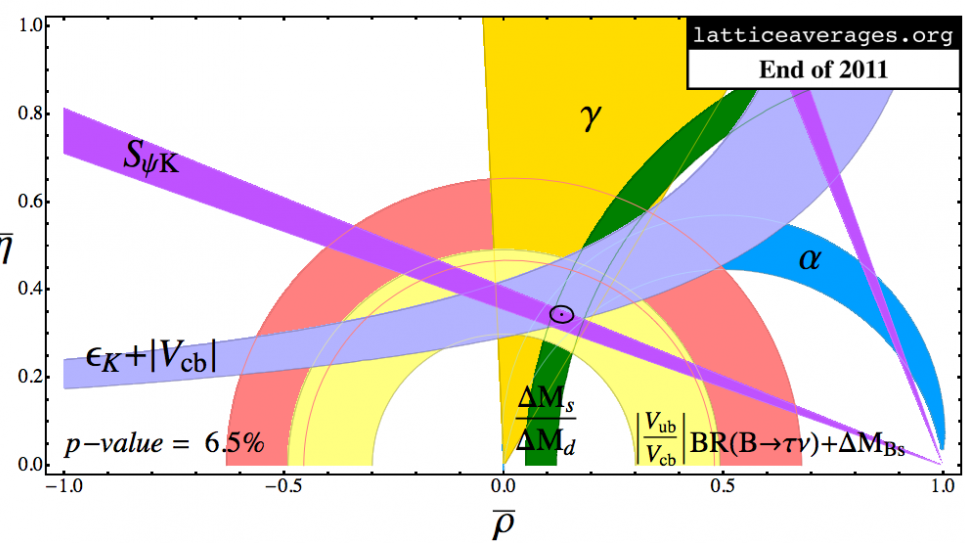 Finding the Higgs boson at CERN’s Large Hadron Collider was a monumental discovery that confirmed the existence of a missing particle critical to the Standard Model of particle physics. The 2013 Nobel Prize-winning revelation finally validated the fundamental physics theory that accounts for all known subatomic particles and their interactions.

But the Standard Model is still not perfect, and scientists across the world continue to search for answers to unexplained physical phenomena, such as the existence of dark matter, matter-antimatter asymmetry, and the significant discrepancy between gravity and the other fundamental forces of nature, known as the hierarchy problem.

“The Standard Model has many complex and peculiar features that have led to the nearly universal belief that there is new, as yet undiscovered physics which will explain these features,” said Paul Mackenzie, a theoretical physicist at Fermilab, who is leading a multiyear project at the Argonne Leadership Computing Facility (ALCF) to shed light on the mysterious particles and forces associated with “physics beyond the Standard Model.”

As chair of the U.S. Quantum Chromodynamics (USQCD) collaboration, Mackenzie heads a national effort to leverage high-performance computing (HPC) resources to advance quantum chromodynamics (QCD), the study of how quarks and gluons interact.

Supercomputers like Mira, the ALCF’s 10-petaflops Blue Gene/Q system, are enabling scientists to study the behavior of quarks and gluons in situations that are not possible in accelerator and cosmic ray experiments, such as the unimaginably high temperatures that occurred with the Big Bang.

Mira’s substantial computational power has also allowed researchers to give quark-antiquark pairs their proper, very light masses for the first time, removing one of the largest remaining uncertainties involved in QCD calculations.

Using a non-perturbative approach called Lattice QCD, Mackenzie and his colleagues are tapping supercomputers to calculate predictions of the Standard Model for quantities such as particle masses and decay rates. The predictions can then be compared with experimental data to search for any inconsistencies that may provide evidence of physics beyond the Standard Model.

The Lattice QCD computations address fundamental questions in high energy physics and nuclear physics, and directly support major experimental programs in these areas. As an example, Mackenzie pointed to one of Fermilab’s most significant achievements.

“The most notable discovery at Fermilab in the last 10 years was that of the mixing of Bs meson with its antiparticle,” he said. “Using Lattice QCD calculations, the experimenters were able to relate their results to the properties of the quarks within the B meson and compare them with results of other experiments to search for hints of new physics.”

Due to the strong interactions involved in QCD, large-scale numerical simulations enabled by HPC are essential to this field of study. While the USQCD collaboration uses several HPC resources around the country for their research, the leadership-class supercomputers at the ALCF and Oak Ridge Leadership Computing Facility (OLCF) are required for the most computationally demanding calculations.

“In the generation of a large ensemble of gauge field configurations, each configuration is generated from the previous one. One large job may take hundreds of millions of core-hours,” Mackenzie said. “Only leadership-class machines are capable of supplying such computational power.”

Future research efforts will continue to require the Lattice QCD calculations enabled by U.S. Department of Energy (DOE) supercomputers. For example, next-generation collider experiments need highly precise determinations of heavy quark masses and the strong coupling constant in order to search for new physics in studies of the decays of Higgs particles.

The Lattice QCD project is awarded computing time at the ALCF and OLCF through the DOE’s Innovative and Novel Computational Impact on Theory and Experiment (INCITE) program. The effort was also awarded pre-production time on Mira through the ALCF’s Early Science Program to prepare their code for the architecture and scale of Mira, the new Blue Gene/Q supercomputer.