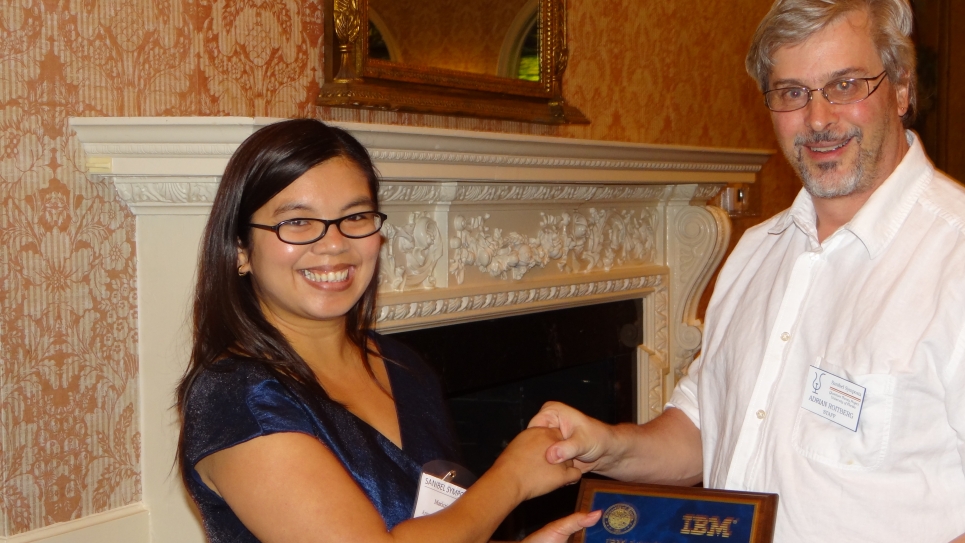 Argonne National Laboratory postdoctoral appointee Maricris Lodriguito Mayes was awarded the IBM-Löwdin Award for Postdoctoral Associates at the 53rd Sanibel Symposium for her work “Quantum-Chemical Studies of the Mechanical and Optical Properties of Functionalized Carbon Nanotubes.” Awardees are selected on the quality and significance of the research to be presented at the annual gathering in Florida.

Mayes conducts research in the field of computational chemistry at the Argonne Leadership Computing Facility (ALCF), where she devises methods and algorithms for the accurate and reliable prediction of chemical phenomena using high-performance computers. Prior to her Argonne appointment, Mayes was a postdoctoral fellow at Northwestern University. She earned her Ph.D. from Michigan State University in 2007.

The IBM-Löwdin Award is granted annually by the organizers of the Sanibel Symposium, an international scientific conference in quantum chemistry, solid-state physics, and quantum biology, as an opportunity to recognize and encourage a new generation of scientists active in these areas. The name of the award is derived in part by the Sanibel Symposia founder Per-Olov Löwdin.

Other recipients of the IBM-Löwdin Award this year are Igor Schapiro, of Max Planck Institute for Bioinorganic Chemistry, and Dominika Zgid, of Columbia University.