Argonne and RIKEN Sign MOU in Support of Petascale Computing 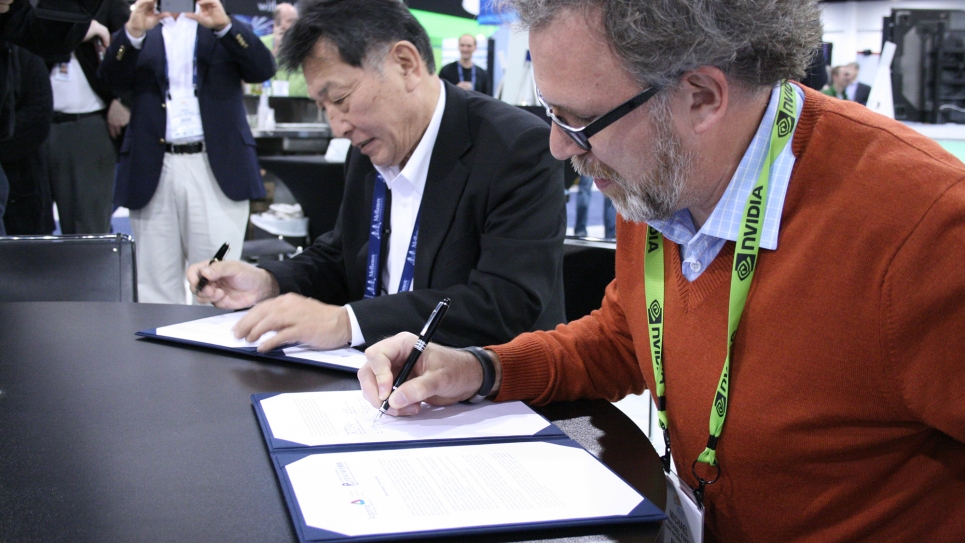 ARGONNE, Ill. (Nov. 19, 2013) – Leaders in the petascale computing arena in the U.S. and Japan have signed a memorandum of understanding (MOU) establishing a cooperative relationship in support of projects aimed at expanding the use of petascale computing in the scientific and engineering communities.

The MOU was signed at SC13, a supercomputing conference being held in Denver, by Kimihiko Hirao, director of the RIKEN Advanced Institute for Computational Science (AICS) of Japan, and Michael E. Papka, director of the Argonne Leadership Computing Facility (ALCF) of the U.S.

The MOU identifies areas of mutual interest to both organizations and brings several new research capabilities to AICS, which is funded by the Japanese government through the RIKEN research institute, and the ALCF, a U.S. Department of Energy leadership computing facility located at the Argonne National Laboratory outside of Chicago in support of open science. Petascale computing refers to a computer system capable of reaching performance in excess of one petaflops, that is, one quadrillion floating point operations per second.

“As we move forward with our high performance computing initiatives, it is critical that we collaborate globally with organizations that have similar goals in mind,” said ALCF Director Michael E. Papka.