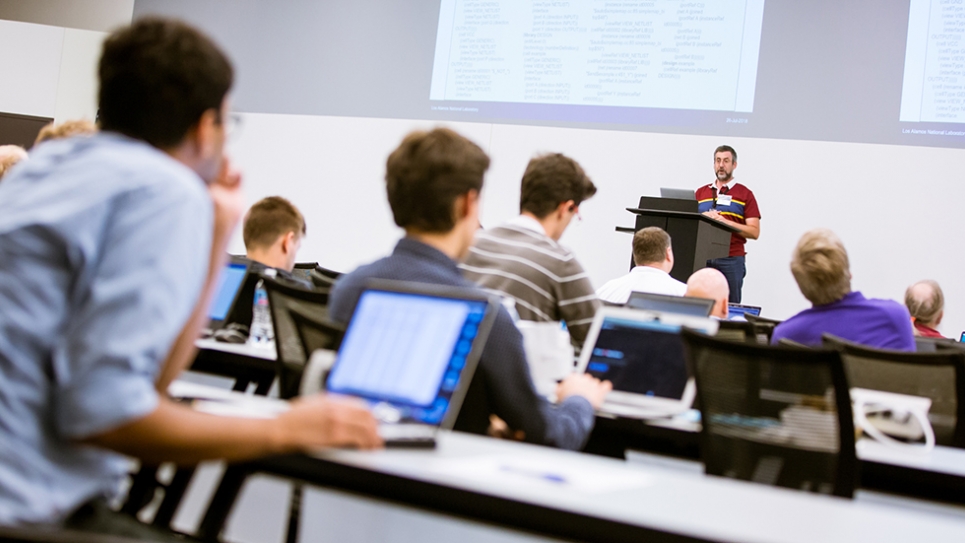 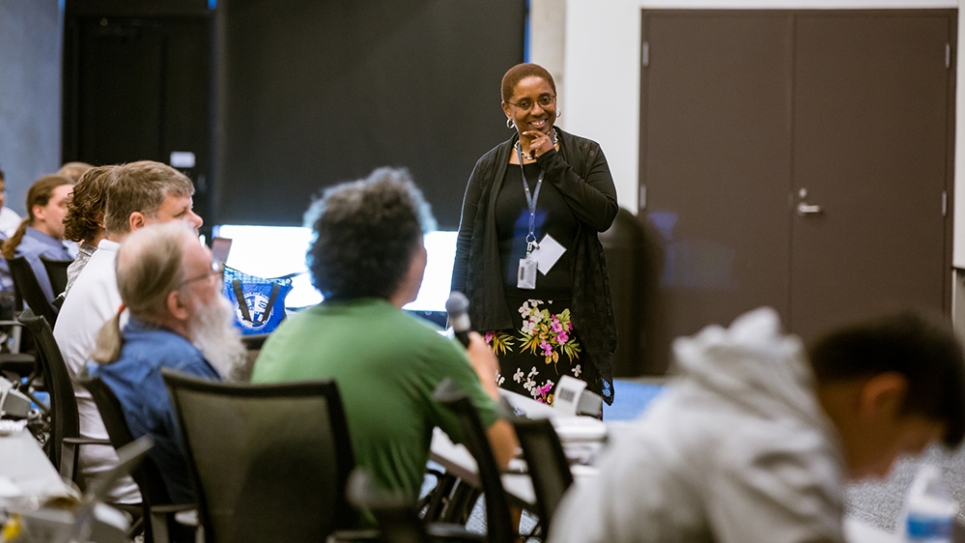 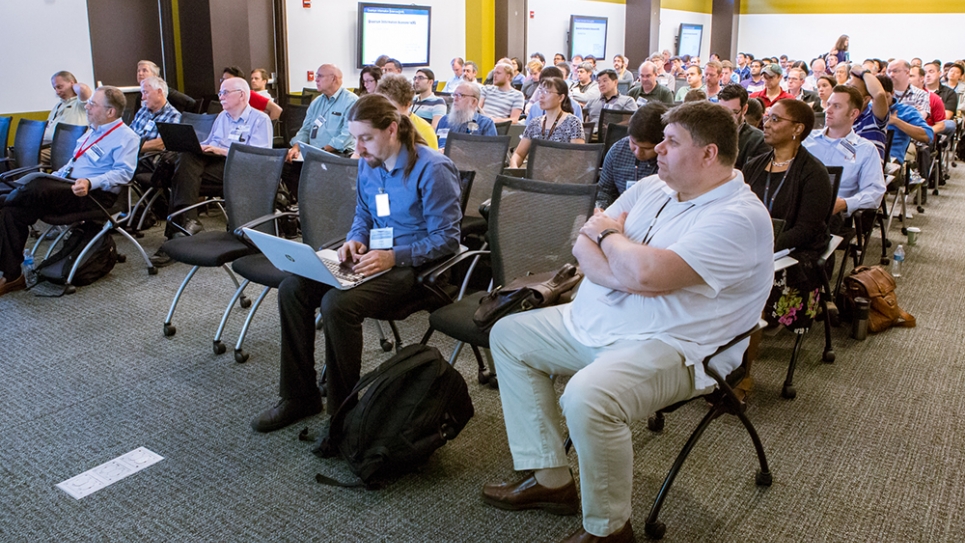 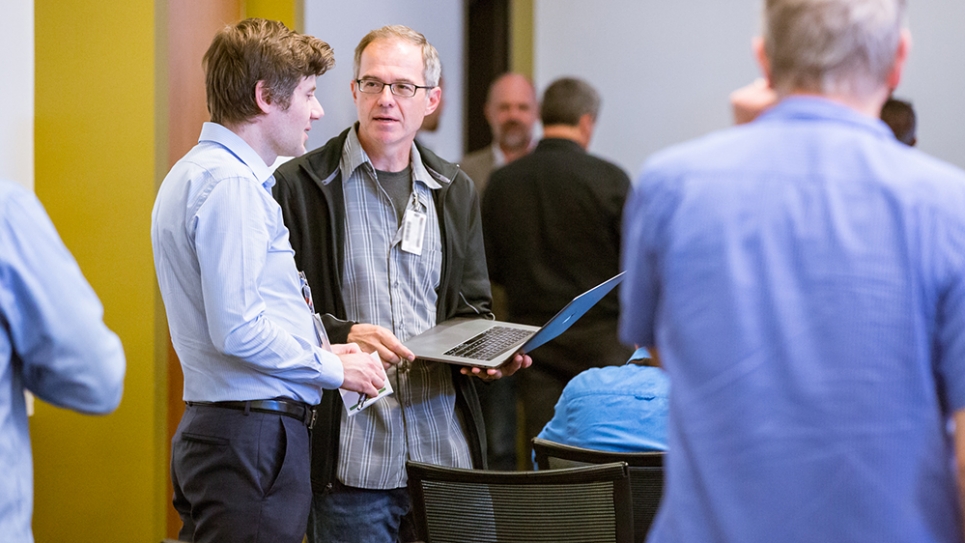 Quantum chemist Yuri Alexeev recalls first hearing about the field of quantum computing back in the 1990s, while a doctoral student at Iowa State.

“I remember asking my advisor about it and he was surprised by my interest, because the field back then was still in its earliest stages,” said Alexeev, now a researcher in the Computational Science division at the U.S. Department of Energy’s (DOE) Argonne National Laboratory.

His reaction at the time was a common one; the field of quantum computing, although intriguing, was believed to be decades away from producing useful results — a long stretch even by research standards.

But a recent surge of advances in quantum computing has dramatically shortened the timeline, motivating Alexeev and other leading researchers to take a second look. Reignited research efforts are wide ranging, but they unite around in a common goal: the useful application of a robust quantum machine.

If realized, such a machine could revolutionize any number of fields. By exploiting attractive properties unique to the quantum realm, quantum computers could solve certain complex problems much faster and more accurately than any classic computer ever could. This capability could accelerate drug discovery, codebreaking, complex molecular simulations, artificial intelligence and much more.

Argonne supports the development of the foundational science and technology that underlie quantum computing and the application of quantum information to science innovation. In pursuit of these goals, the laboratory held its first Quantum Computing Workshop in July.

The workshop brought together nearly 150 representatives from across industry to discuss existing programs and projects and examine promising research opportunities. Speakers included representatives from the University of Chicago, Intel, Google, Rigetti, the DOE national laboratories and more.

The three-day workshop was designed to be informational, educational and collaborative. In addition to providing information on state-of-the-art research, the workshop taught attendees about available tools for quantum simulation and how to use them and served as an incubator for future collaborations.

“The value of the workshop was twofold,” said Valerie Taylor, director of Argonne’s Mathematics and Computer Science division.

The series of interactive sessions held on the second day helped attendees become familiar with tools that are vital for research in the field, including programming environments, software stacks, algorithms and quantum simulators.

“We introduced people to various simulators and the concepts that underlie the way they work, so they can then experiment on their own and identify relationships between the work they’re doing and quantum computing.”

Among the recurring themes of the event was the need for more input from and collaboration among scientific disciplines beyond physics, including materials science, engineering and computer sciences.

“The big unknown in quantum computing is at what point the technology will cross over into usefulness,” Finkel said. ​“What’s become more and more clear through this workshop is that we need significant advances in materials and hardware technologies, as well as software infrastructure, to cross that threshold.”

National laboratories have a very important role to play in reaching this threshold, said Supratik Guha, director of Argonne’s Center for Nanoscale Materials, a DOE Office of Science User Facility.

“The complexity of quantum computing systems, the equipment and resources needed to understand and build them, and the ecosystem of scientists that can use and improve them, are beyond the reach of any one institution or company,” Guha said. That, he said, is where national laboratories can help.

“National laboratories like Argonne have the end-to-end capabilities and project management expertise that make them very good at managing large, complex projects. We’re in the right place to help take this technology forward,” he said.

As a multidisciplinary laboratory, Argonne boasts a wide range of capabilities that can be leveraged to advance materials discovery and software and hardware development for quantum computing. For example, the Center for Nanoscale Materials and the Advanced Photon Source, both DOE Office of Science User Facilities, deliver resources for fast fabrication and characterization of quantum materials and experimentation with quantum circuitry.

“Our supercomputing resources and extensive expertise in the development of parallelized codes give us a strategical advantage,” said Alexeev. ​“When you also consider the arrival of Aurora, an exascale system due to arrive at the laboratory in 2021, the advantages and opportunities here only grow.”

Argonne continues to build capacity through workshops, new hires, project proposals and investment in new capabilities. Over the next two years, Argonne will invest $24 million in equipment and infrastructure that quantum computing will use. Argonne also extends its capacity through collaborations such as the Chicago Quantum Exchange, where Argonne, the University of Chicago and Fermilab have united to explore quantum information and develop new applications.

“Although the technology for quantum computing is not quite there yet, now is the prime time for investing, and through basic science research, Argonne is invested in helping build the foundational knowledge necessary to bring the technology within reach,” Alexeev said.