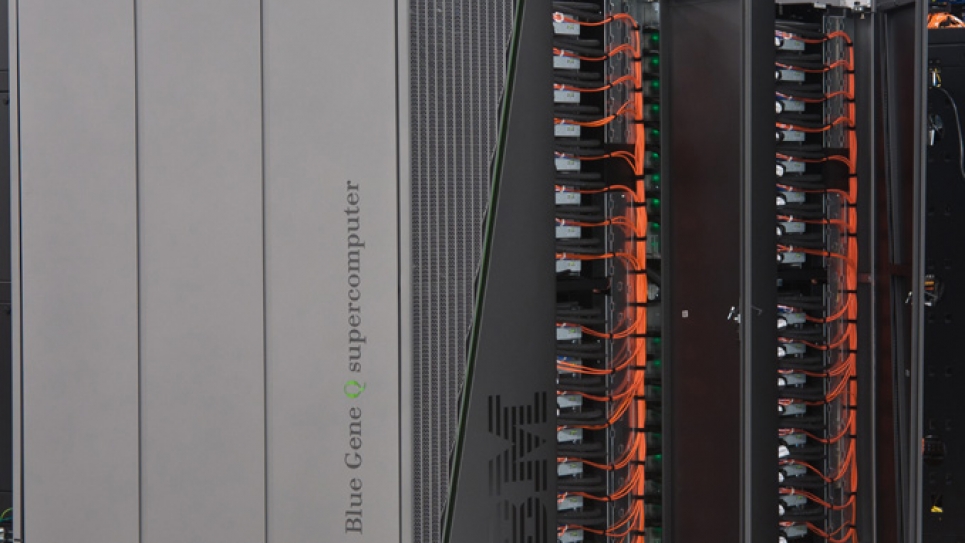 The 20 most energy-efficient supercomputers in the world are IBM Blue Gene/Q systems according to the latest Green500 list announced by Green500.org. Technology originating from U.S. national laboratories now leads the trend toward sustainable and environmentally responsible high-performance computing.

Mira, Argonne National Laboratory’s Blue Gene/Q and a U.S. Energy Department petascale resource in support of scientific research, and its two testing and development racks, are among those leading the pack. Green500 ranks systems by energy efficiency, or performance per watt, using the Linpack performance runs that determines the TOP500 list of the world’s fastest supercomputers.

The Blue Gene series of supercomputers is the result of a collaborative project between Argonne, Lawrence Livermore National Laboratory, and IBM. By densely packaging hundreds of thousands of low-power processors with highly efficient water-cooling, the Q design reduces floor space needs and energy use. Mira’s 48 racks, containing over 768,000 processors, operate five times more efficiently than its predecessor Blue Gene/P, and roughly within the same footprint.

The Green500 list was a response to “performance-at-any-cost” computer operations that consume vast amounts of electrical power and produce so much heat that large cooling facilities must be constructed to ensure proper performance. Green500 promotes awareness to performance metrics other than speed, and offers lists to encourage supercomputing stakeholders to drive energy efficiency as a first-order design constraint.

Mira will enable a broad range of research efforts aimed at finding or advancing solutions to the world’s energy challenges, while itself being environmentally sustainable.

As just one example, Argonne computational scientist Mihai Anitescu is developing advanced optimization methods for the U.S. electrical power grid in order to increase its reliability and reduce its carbon footprint. The operation and planning of the grid with these requirements involve an unprecedented amount of uncertainty in supply and demand brought on by the high variability of wind, solar, and other renewable power sources. The project aims to solve optimization problems of unprecedented size (tens of billions of variables and constraints), which will also help to advance the field of mathematical optimization.

In 2013, the Department of Energy’s Innovative and Novel Computational Impact on Theory and Experiment (INCITE) program will award over five billion computing hours to scientists and engineers at universities, national laboratories, industry, and other research organizations across the world. Argonne operates one of two DOE leadership computing facilities in the nation.