Argonne Scientists Probe the Cosmic Structure of the Dark Universe 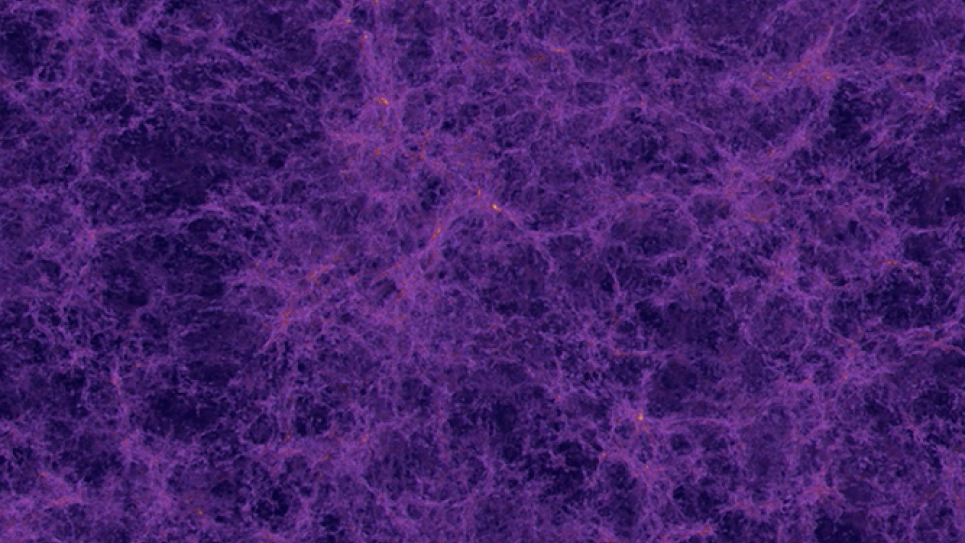 In the standard model of cosmology, dark energy and dark matter together account for 95% of the mass energy of the universe; however, their ultimate origin remains a mystery. The Argonne Leadership Computing Facility (ALCF) will allocate significant supercomputing resources towards unraveling one of the key puzzles—the nature of the dark energy causing the universe to accelerate its current expansion rate.

Scientists have long been fascinated by the structure of the universe, hoping ultimately to be able to reveal its fundamental origins. As part of this quest, researchers are now planning the most detailed, largest-scale simulation of structure formation in the universe to date. The simulation targets an improved understanding of the nature of the "dark universe."

The new computational cosmology project is led by physicists Salman Habib and Katrin Heitmann of Argonne National Laboratory’s High Energy Physics (HEP) and Mathematics and Computer Science (MCS) divisions. The project team will conduct some of the largest high-resolution simulations of the distribution of matter in the universe. They will resolve galaxy-scale mass concentrations over observational volumes representative of state-of-the-art sky surveys by using Mira, a petascale supercomputer at the ALCF. A key aspect of the project involves developing a major simulation suite covering approximately 100 different cosmologies—an essential resource for interpreting next-generation observations. This initiative targets an improvement of approximately two to three orders of magnitude over currently available resources.

The Argonne researchers will use a new framework they have developed called HACC, short for Hardware/Hybrid Accelerated Cosmology Codes. HACC is designed for extreme performance, but with great flexibility in mind, combining a variety of algorithms and programming models that make it easily adaptable to different platforms. A paper on the team’s research, “The Universe at Extreme Scale: Multi-Petaflop Sky Simulation on the BG/Q,” earned a finalist designation for the ACM Gordon Bell Prize and will be included in the Gordon Bell Prize sessions at SC12.

These powerful computational tools will enable the team’s ultimate goal to compare the best telescope observations of structure in the universe to the structure found in the numerical simulations, thereby testing various cosmological models and possible explanations for dark energy. In turn, insights gained from the simulations will suggest new theoretical approaches, as well as new methods for designing and cross-correlating observational probes of structure formation.