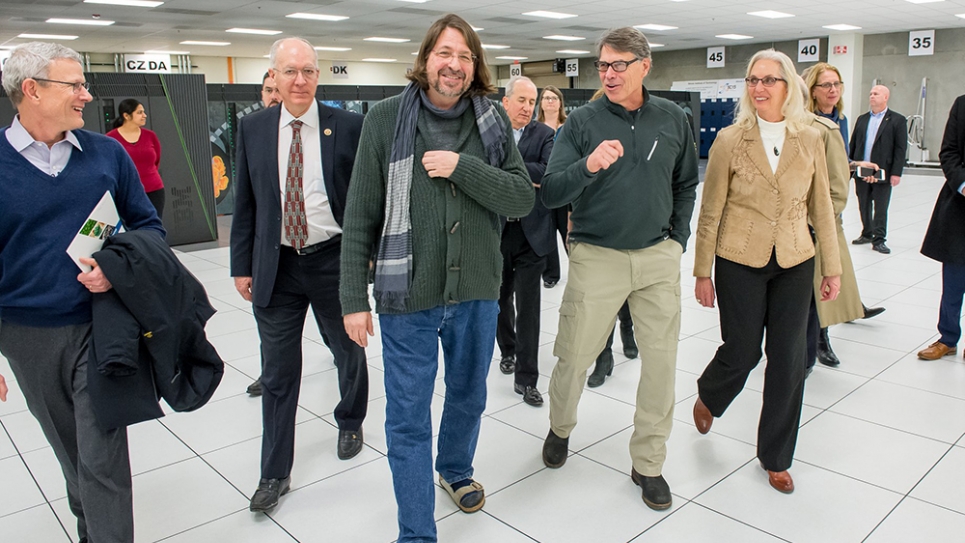 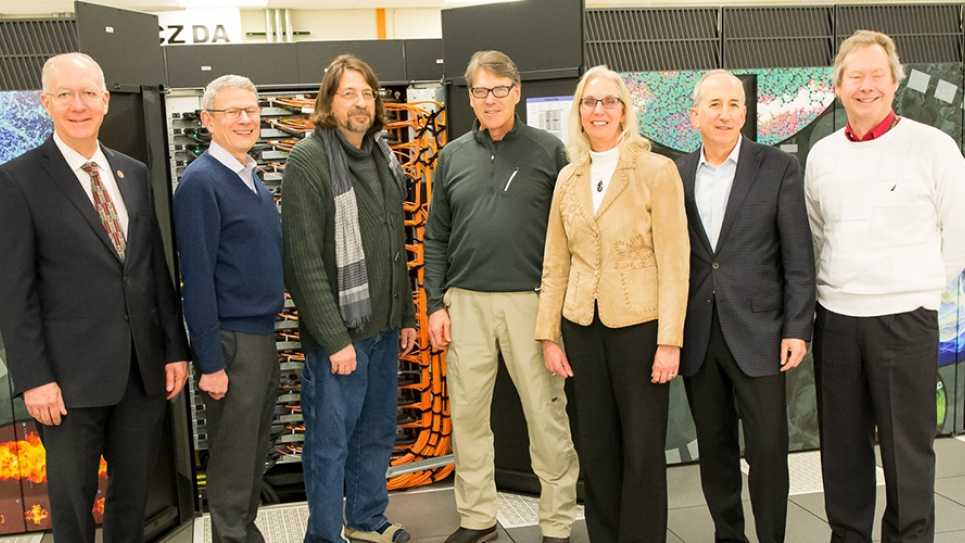 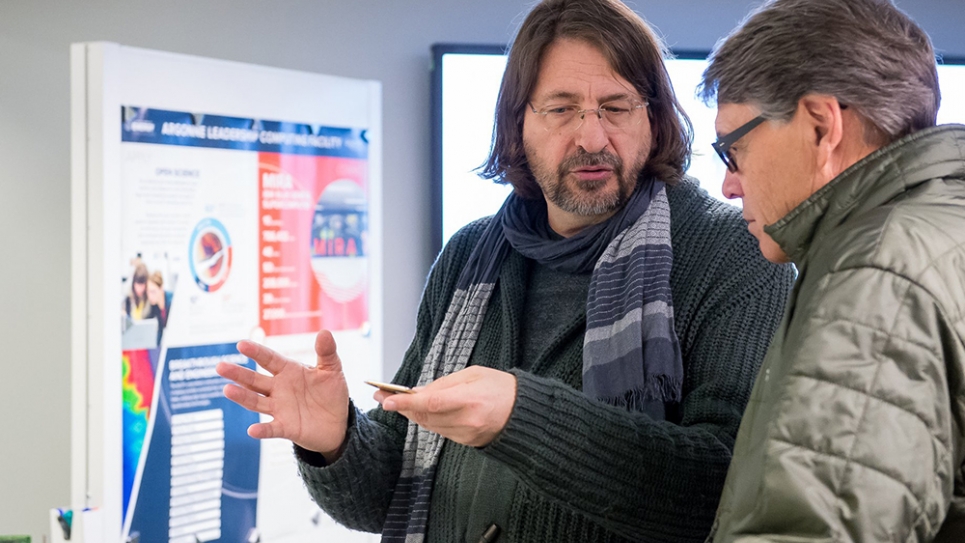 In his first stop at the laboratory since his confirmation as Secretary of Energy last year, Perry toured two of the laboratory’s standout national user facilities: the Advanced Photon Source (APS) and the Argonne Leadership Computing Facility (ALCF).

The APS, which annually hosts thousands of users from around the world, is currently slated for an upgrade, which will dramatically increase the brightness of X-rays it produces for use in a wide range of different experiments.

The ALCF, which like the APS is a DOE Office of Science User Facility, currently hosts one of the nation’s fastest computers, called Mira. The ALCF is scheduled to be the future home of a new exascale high-performance supercomputer — called Aurora — by 2021.

“The combination of world-leading expertise and state-of-the-art facilities found at Argonne keep America at the forefront of scientific discovery and technological breakthroughs,” Perry said. “Argonne and the other 16 Department of Energy National Laboratories sit at the heart of America’s innovation engine.”

“As part of the Department of Energy, Argonne leads discoveries in countless scientific fields — from developing novel imaging and X-ray technology to introducing the exascale era of computing,” said Argonne director Paul Kearns. “The laboratory also fosters open and productive partnerships with a range of industries to ensure the future competitiveness of our nation’s businesses and enhance national defense and cybersecurity.”

In an open town hall meeting with Argonne staff, Perry said that he valued the laboratory’s pursuit of energy breakthroughs that have produced economic benefits while making America more secure.

Earlier in the day, Perry toured the DOE’s Fermi National Accelerator Laboratory also in the Chicago area. He was joined on his tour of Argonne by Rep. Bill Foster (D-IL), as well as representatives from local DOE site management and the University of Chicago. UChicago Argonne LLC operates Argonne under a contract with the DOE.