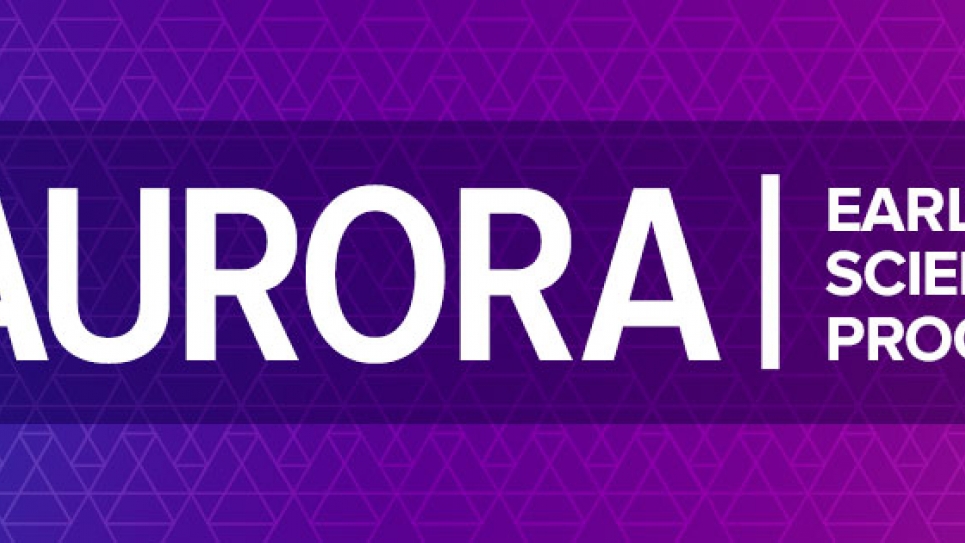 The Argonne Leadership Computing Facility (ALCF) is now accepting proposals for its Aurora Early Science Program (ESP) through September 2, 2016. Aurora is a pre-exascale supercomputer expected to arrive at Argonne National Laboratory in 2018. The ALCF is a U.S. Department of Energy (DOE) Office of Science User Facility, and one of two DOE Leadership Computing Facilities in the nation fully dedicated to open science.

The program will award computing time to 10 science teams to pursue innovative research as part of pre-production testing on the facility’s next-generation system. Aurora is a massively parallel, many-core Intel-Cray supercomputer that will deliver at least 20 times the computational performance of Mira, ALCF’s current production system.

Aurora’s revolutionary architecture features Intel’s HPC scalable system framework and second-generation Intel® Omni-Path Fabric, providing a peak performance in the range of 200 petaflops to 450 petaflops. The system will have a combined total of more than 7 petabytes of on-package high-bandwidth memory, local memory, and persistent memory.

Aurora ESP projects will prepare key applications for the architecture and scale of Aurora and solidify libraries and infrastructure to pave the way for other applications to run on the system. The program also provides research teams with substantial allocations of pre-production time on Aurora, allowing them to pursue computational science calculations that are not possible on today’s leadership-class supercomputers.

“The Early Science Program helps ensure that projects and codes are ready to make good scientific use of Aurora on day one,” said Tim Williams, ALCF Deputy Director of Science.

To develop and optimize their applications for Aurora, project teams will collaborate with ALCF staff and vendor experts and receive training on the underlying Intel and Cray technologies. All teams will also get dedicated support from a postdoctoral researcher.

For more information, visit the Aurora ESP webpage and the Proposal Instructions webpage.