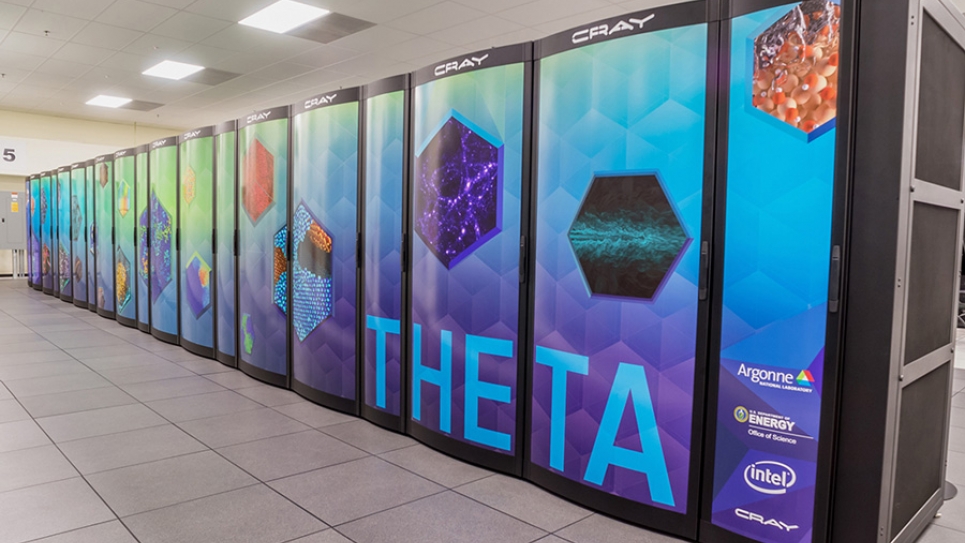 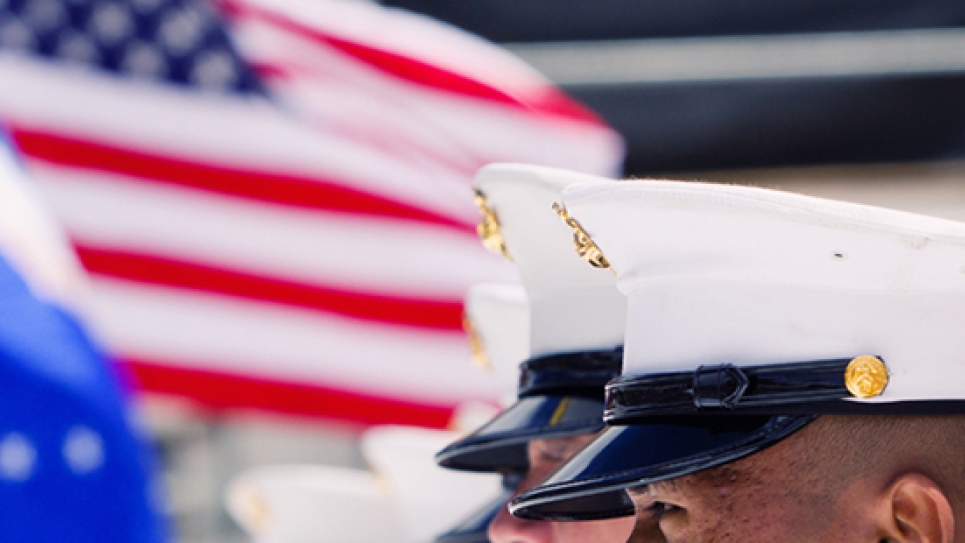 Veterans will be the ultimate winners in the U.S. Department of Veterans Affairs-Department of Energy (DOE) Big Data Science Initiative, a collaborative research effort that casts Argonne National Laboratory in a prominent role.

Argonne’s extensive track record of successes with big data and big computers make it the quintessential partner of this multi-faceted research team to improve healthcare for millions of veterans, advance supercomputing and solve some of the nation’s biggest scientific challenges. A team led by Argonne’s Rick Stevens, associate laboratory director for Computing, Environment and Life Sciences, was instrumental in moving the effort from concept to reality.

“This is truly the humanization of computing. We have an opportunity to touch thousands of people on a very personal level and make their lives better.” - Ravi Madduri, Argonne computer scientist.

“We hosted a daylong workshop last year that led to the creation of a working group from the U.S. Department of Veterans Affairs and the U.S. Department of Energy,” Stevens said. “We met every two weeks and led the discussions of the overarching goals that have culminated in a project we are confident will lead to transformational science.”

Armed with never-before-available data from more than half a million veterans, Argonne researchers plan to build predictive tools that identify improved sets of risk factors for specific types of cardiovascular disease. To combat suicide, researchers will develop patient-specific mathematical models specifically designed to help identify veterans at risk. The third focus of these pilot projects, all to be done while ensuring security and privacy of veterans, is on prostate cancer and helping to discern lethal and non-lethal forms of the disease.

Argonne computer scientist Ravi Madduri emphasized that this project has multiple levels of complexity, but it’s the perfect marriage of the VA’s enormous repository of health and genomic data and DOE’s world-class high-performance computing capabilities and ability to manage big data.

“Ultimately, we’re leveraging the latest DOE expertise and technologies in big data, artificial intelligence and high-performance computing to identify trends that will lead to new treatments and preventive strategies,” Madduri said. His focus is on building software for data management and analysis to improve patient outcomes by linking researchers, physicians and patients.

The recent explosion of genetics data combined with the VA’s end-to-end records of veterans are especially valuable, as are its extensive records of treatments and outcomes. Health data will also be made available from the Department of Defense, Centers for Medicare and Medicaid Services and the Center for Disease Control’s National Death Index. With this information and the expertise of Argonne and other collaborating DOE labs, clinicians will be able to perform genome-wide association studies, develop pattern recognition techniques and ultimately better treatments for cardiovascular and other diseases.

While Madduri is quick to acknowledge the significant contributions of supercomputing in areas that include jet engine design, fusion and nanomaterials, he’s especially excited about the human element of this initiative.

“This is truly the humanization of computing,” Madduri said. “We have an opportunity to touch thousands of people on a very personal level and make their lives better.”

Another key member of the Argonne team is Strategic Program Manager Tom Brettin, who attended a strategy and planning meeting in Boston last year. He quickly realized that the challenge facing the VA was something Argonne has been focused on for more than a decade and noted the special synergy that positions Argonne to be the VA’s intellectual partner.

“Using big computers to solve problems like what our veterans and the Department of Veterans Affairs are facing is something we know how to do, and we know how to provide solutions that will make the most of limited resources,” Brettin said.

Although supercomputers have been making strides in a number of scientific areas for more than two decades, genomics hasn’t traditionally been part of the equation. Computers simply weren’t designed for that purpose, but that’s been changing and this project will serve as a catalyst as researchers work together to determine the best computer architectures.

“We’re at a point where genomics-based medicine and high-performance computing are coming together because of discussions about architecture of next-generation machines,” said Brettin, who has studied genomics for 20 years. He envisions a time soon when doctors will have a wealth of patient information at their fingertips.

“We are entering a whole new era when we’ll have the best of both – historic advances in medicine and high-performance computing,” he said. Teaming with the University of Chicago, Brettin is confident that researchers will make great strides.

“Twenty years ago, when I was working on the human genome project, my co-workers and I could imagine what human medicine might be like in the future, but it was only a dream,” Brettin said. “But I realized even then that computing would play a vital role in that future, and today it’s coming true right before my eyes.”

Another challenge involves moving huge amounts of data efficiently and securely. The DOE’s ESnet, which provides high bandwidth and reliable connections that link scientists at national laboratories, universities and other research institutions, solves that problem. The ability to transmit data is an essential component of the effort, and the payoff will happen on multiple levels as experts in diverse fields engage.

On the computational front, Theta, a 9.65-petaflops system designed in collaboration with Intel and Cray, will tackle the VA-DOE Big Data Science Initiative. Aurora will be the next star of the Argonne Leadership Computing Facility (ALCF) and will play a prominent role in this data analysis challenge.

Ultimately, Aurora’s configuration will enable researchers, clinicians and others to devise complex work flows tailored to producing results that will yield diagnoses and treatments that take into account genetic factors and likely outcomes. Brettin sees a future of doing genomics at scale and looking at individual chromosomes of people to figure out the best treatment.

“Physicians will have a central database that includes data about statistical associations of diseases, treatments and outcomes, all of which they can use to make real-world decisions,” Brettin said.

What began in 2011 with the VA’s Million Veteran Program, designed to study how genes affect health, has blossomed into something with an enrollment of more than 560,000 veterans and a partnership with DOE, its state-of-the-art computing and scientists who are the best in the world. Argonne scientists are confident that veterans and people throughout the nation will reap benefits.