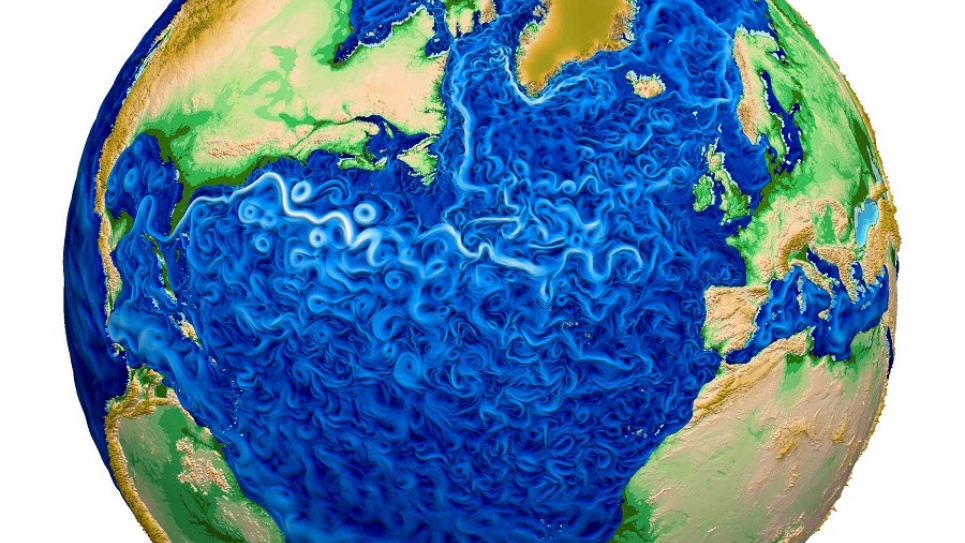 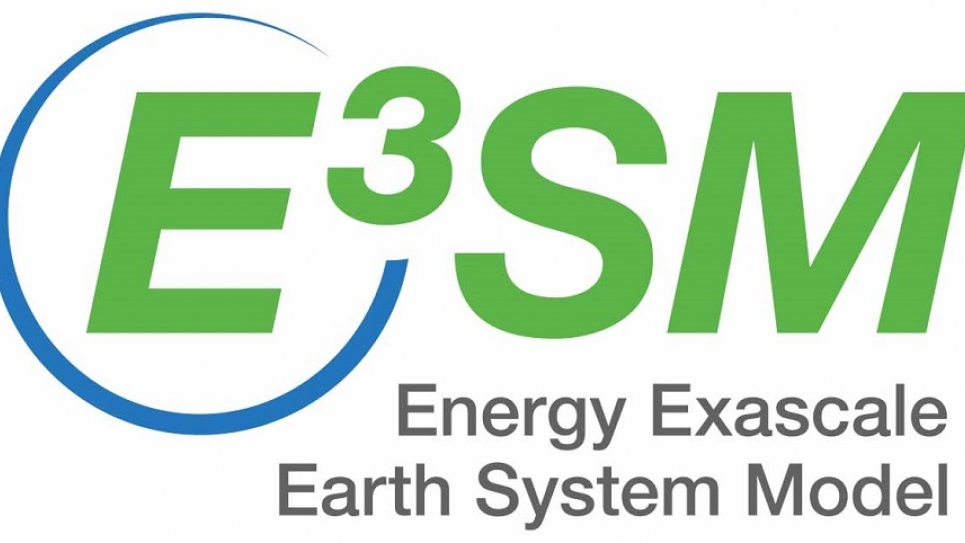 But a new Earth modeling system, the Energy Exascale Earth System Model (E3SM), is now able to capture and simulate all these components together. Released on April 23, after four years of development, E3SM features weather-scale resolution — i.e., enough detail to capture fronts, storms, and hurricanes — and uses advanced computers to simulate aspects of the Earth’s variability. The system can help researchers anticipate decadal-scale changes that could influence the U.S. energy sector in years to come.

The E3SM project is supported by the U.S. Department of Energy’s (DOE) Office of Biological and Environmental Research. “One of E3SM’s purposes is to help ensure that DOE’s climate mission can be met — including on future exascale systems,” said Robert Jacob, a computational climate scientist in the Environmental Science division of DOE’s Argonne National Laboratory and one of 15 project co-leaders.

To support this mission, the project’s goal is to develop an Earth system model that increases prediction reliability. This objective has historically been limited by constraints in computing technologies and uncertainties in theory and observations. Enhancing prediction reliability requires advances on two frontiers: (1) improved simulation of Earth system processes by developing new models of physical processes, increasing model resolution, and enhancing computational performance; and (2) representing the two-way interactions between human activities and natural processes more realistically, especially where these interactions affect U.S. energy needs.

“This model adds a much more complete representation between interactions of the energy system and the Earth system,” said David Bader, a computational scientist at Lawrence Livermore National Laboratory and overall E3SM project lead. “With this new system, we’ll be able to more realistically simulate the present, which gives us more confidence to simulate the future.”

This objective underscores the project’s heavy emphasis on both performance and infrastructure — two key areas of strength for Argonne. “Our researchers have been active in ensuring that the model performs well with many threads,” said Jacob, who will lead the infrastructure group in Phase II, which — with E3SM’s initial release — starts on July 1. Singling out the threading expertise of performance engineer Azamat Mametjanov of Argonne’s Mathematics and Computer Science division, Jacob continued: “We’ve been running and testing on Theta, our new 10-petaflops system at the Argonne Leadership Computing Facility, and will conduct some of the high-res simulations on that platform.”

Researchers using the E3SM can employ variable resolution on all model components (atmosphere, ocean, land, ice), allowing them to focus computing power on fine-scale processes in different regions. The software uses advanced mesh-designs that smoothly taper the grid-scale from the coarser outer region to the more refined region.

E3SM’s developers — more than 100 scientists and software engineers — have a longer-term aim: to use the exascale machines that the DOE Advanced Scientific Computing Research Office expects to procure over the next five years. Thus, E3SM development is proceeding in tandem with the Exascale Computing Initiative. (Exascale refers to a computing system capable of carrying out a billion [1018] calculations per second — a thousand-fold increase in performance over the most advanced computers from a decade ago.)

Another key focus will be on software engineering, which includes all of the processes for developing the model; designing the tests; and developing the required infrastructure, including input/output libraries and software for coupling the models. E3SM uses Argonne’s Model Coupling Toolkit (MCT), as do other leading climate models (e.g., Community Earth System Model [CESM]) to couple the atmosphere, ocean, and other submodels. (A new version of MCT [2.10] was released along with E3SM.)

Additional Argonne-specific contributions in Phase II will center on:

Collaboration among – and beyond – national laboratories

The project also benefits from collaboration within DOE, including with the Exascale Computing Project and programs in Scientific Discovery through Advanced Computing, Climate Model Development and Validation, Atmospheric Radiation Measurement, Program for Climate Model Diagnosis and Intercomparison, International Land Model Benchmarking Project, Community Earth System Model, and Next-Generation Ecosystem Experiments for the Arctic and the Tropics.

The code is available on GitHub, the host for the project’s open-source repository. For additional information, visit the E3SM website: http://e3sm.org.

Argonne National Laboratory seeks solutions to pressing national problems in science and technology. The nation's first national laboratory, Argonne conducts leading-edge basic and applied scientific research in virtually every scientific discipline. Argonne researchers work closely with researchers from hundreds of companies, universities, and federal, state, and municipal agencies to help them solve their specific problems, advance America's scientific leadership and prepare the nation for a better future. With employees from more than 60 nations, Argonne is managed by UChicago Argonne, LLC for the U.S. Department of Energy's Office of Science.