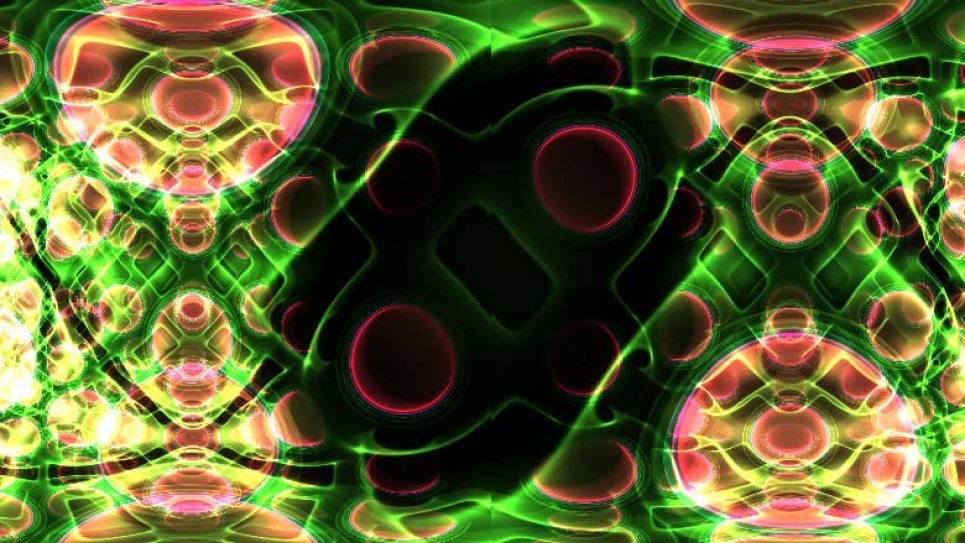 The U.S. Department of Energy’s (DOE's) Exascale Computing Project (ECP) today announced that it has selected four co-design centers as part of a 4-year $48 million funding award. The first year is funded at $12 million, and is to be allocated evenly among the four award recipients.

The ECP is responsible for the planning, execution and delivery of technologies necessary for a capable exascale ecosystem to support the nation’s exascale imperative, including software, applications, hardware and early testbed platforms.

Exascale refers to computing systems at least 50 times faster than the nation’s most powerful supercomputers in use today.

According to Doug Kothe, ECP Director of Application Development: “Co-design lies at the heart of the Exascale Computing Project. ECP co-design, an intimate interchange of the best that hardware technologies, software technologies and applications have to offer each other, will be a catalyst for delivery of exascale-enabling science and engineering solutions for the U.S.”

“By targeting common patterns of computation and communication, known as “application motifs,” we are confident that these ECP co-design centers will knock down key performance barriers and pave the way for applications to exploit all that capable exascale has to offer,” he said.

The development of capable exascale systems requires an interdisciplinary engineering approach in which the developers of the software ecosystem, the hardware technology and a new generation of computational science applications are collaboratively involved in a participatory design process referred to as co-design.

The co-design process is paramount to ensuring that future exascale applications adequately reflect the complex interactions and trade-offs associated with the many new—and sometimes conflicting—design options, enabling these applications to tackle problems they currently can’t address.

According to ECP Director Paul Messina, “The establishment of these and future co design centers is foundational to the creation of an integrated, usable and useful exascale ecosystem. After a lengthy review, we are pleased to announce that we have initially selected four proposals for funding. The establishment of these co-design centers, following on the heels of our recent application development awards, signals the momentum and direction of ECP as we bring together the necessary ecosystem and infrastructure to drive the nation’s exascale imperative.”
The four selected co-design proposals and their principal investigators are as follows:

CODAR: Co-Design Center for Online Data Analysis and Reduction at the Exascale

This co-design center will focus on overcoming the rapidly growing gap between compute speed and storage input/output rates by evaluating, deploying and integrating novel online data analysis and reduction methods for the exascale. Working closely with Exascale Computing Project applications, CODAR will undertake a focused co-design process that targets both common and domain-specific data analysis and reduction methods, with the goal of allowing application developers to choose and configure methods to output just the data needed by the application. CODAR will engage directly with providers of ECP hardware, system software, programming models, data analysis and reduction algorithms and applications in order to better understand and guide tradeoffs in the development of exascale systems, applications and software frameworks, given constraints relating to application development costs, application fidelity, performance portability, scalability and power efficiency.

“Argonne is pleased to be leading CODAR efforts in support of the Exascale Computing Project,” said Argonne Distinguished Fellow Ian Foster. “We aim in CODAR to co-optimize applications, data services and exascale platforms to deliver the right bits in the right place at the right time.”

The Block-Structured Adaptive Mesh Refinement Co-Design Center will be led by Lawrence Berkeley National Laboratory with support from Argonne National Laboratory and the National Renewable Energy Laboratory. The goal is to develop a new framework, AMReX, to support the development of block-structured adaptive mesh refinement algorithms for solving systems of partial differential equations with complex boundary conditions on exascale architectures.  Block-structured adaptive mesh refinement provides a natural framework in which to focus computing power on the most critical parts of the problem in the most computationally efficient way possible. Block-structured AMR is already widely used to solve many problems relevant to DOE. Specifically, at least six of the 22 exascale application projects announced last month—in the areas of accelerators, astrophysics, combustion, cosmology, multiphase flow and subsurface flow—will rely on block-structured AMR as part of the ECP.

“This co-design center reflects the important role of adaptive mesh refinement in accurately simulating problems at scales ranging from the edges of flames to global climate to the makeup of the universe, and how AMR will be critical to tackling problems at the exascale,” said David Brown, director of Berkeley Lab’s Computational Research Division. “It’s also important to note that AMR will be a critical component in a third of the 22 exascale application projects announced in September, which will help ensure that researchers can make productive use of exascale systems when they are deployed.”

In simple mathematical terms, discretization denotes the process of dividing a geometry into finite elements, or building blocks, in preparation for analysis. This process, which can dramatically improve application performance, involves making simplifying assumptions to reduce demands on the computer, but with minimal loss of accuracy. Recent developments in supercomputing make it increasingly clear that the high-order discretizations, which CEED is focused on, have the potential to achieve optimal performance and deliver fast, efficient and accurate simulations on exascale systems.

“The CEED team I have the privilege to lead is dedicated to the development of next-generation discretization software and algorithms that will enable a wide range of applications to run efficiently on future hardware,” said CEED director Tzanio Kolev of Lawrence Livermore National Laboratory. “Our co-design center is focused first and foremost on applications. We bring to this enterprise a collaborative team of application scientists, computational mathematicians and computer scientists with a strong track record of delivering performant software on leading-edge platforms. Collectively, we support hundreds of users in national labs, industry and academia, and we are committed to pushing simulation capabilities to new levels across an ever-widening range of applications.”

This co-design center will serve as a centralized clearinghouse for particle-based ECP applications, communicating their requirements and evaluating potential uses and benefits of ECP hardware and software technologies using proxy applications. Particle-based simulation approaches are ubiquitous in computational science and engineering, and they involve the interaction of each particle with its environment by direct particle-particle interactions at shorter ranges and/or by particle-mesh interactions with a local field that is set up by longer-range effects. Best practices in code portability, data layout and movement, and performance optimization will be developed and disseminated via sustainable, productive and interoperable co-designed numerical recipes for particle-based methods that meet the application requirements within the design space of software technologies and subject to exascale hardware constraints. The ultimate goal is the creation of scalable open exascale software platforms suitable for use by a variety of particle-based simulations.

“Los Alamos is delighted to be leading the Co-Design Center for Particle-Based Methods: From Quantum to Classical, Molecular to Cosmological, which builds on the success of ExMatEx, the Exascale CoDesign Center for Materials in Extreme Environments," said John Sarrao, Associate Director for Theory, Simulation, and Computation at Los Alamos.  "Advancing deterministic particle-based methods is essential for simulations at the exascale, and Los Alamos has long believed that co-design is the right approach for advancing these frontiers. We look forward to partnering with our colleague laboratories in successfully executing this important element of the Exascale Computing Project.”

The ECP is a collaborative effort of two DOE organizations — the Office of Science and the National Nuclear Security Administration. As part of President Obama’s National Strategic Computing initiative, ECP was established to develop a capable exascale ecosystem, encompassing applications, system software, hardware technologies and architectures and workforce development to meet the scientific and national security mission needs of DOE in the mid-2020s timeframe.

About the Office of Science

DOE’s Office of Science is the single largest supporter of basic research in the physical sciences in the United States, and is working to address some of the most pressing challenges of our time. For more information, please visit http://science.energy.gov/.

Established by Congress in 2000, NNSA is a semi-autonomous agency within  DOE, responsible for enhancing national security through the military application of nuclear science. NNSA maintains and enhances the safety, security and effectiveness of the U.S. nuclear weapons stockpile without nuclear explosive testing; works to reduce the global danger from weapons of mass destruction; provides the U.S. Navy with safe and effective nuclear propulsion; and responds to nuclear and radiological emergencies in the United States and abroad.