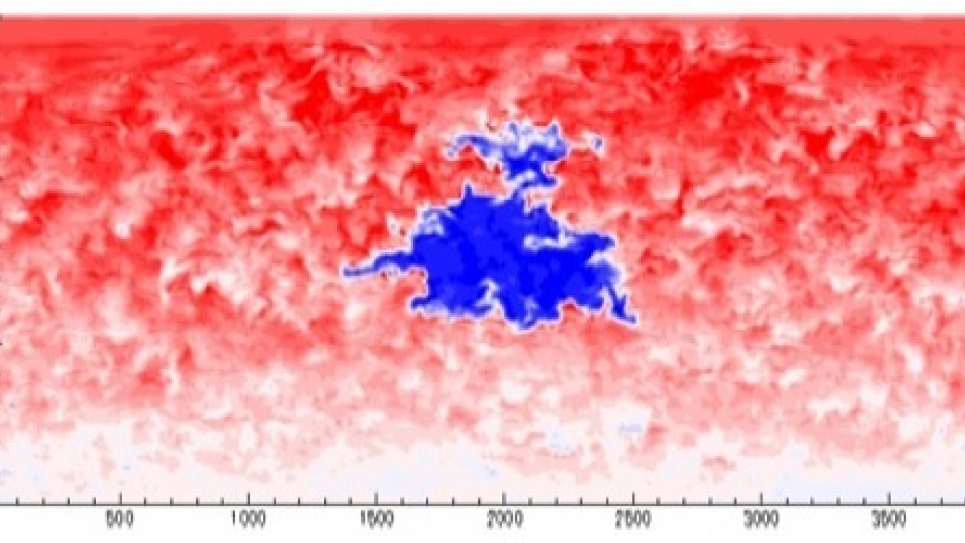 When aircraft in the United States were grounded for three days after the Sept. 11, 2001 terrorist attacks, scientists had a singular opportunity to study the effects of contrails—ice clouds generated by water exhaust gases from aircraft engines—on climate. The scientists measured day and night temperatures to find out if contrails contributed to regional warming and/or global climate change.  Some studies indicated that the absence of contrails during this grounding period increased the daily temperature range at the Earth’s surface, but this result is still a subject of scientific debate.

Nonetheless, there’s no question that the environmental impact of aviation represents a source of increasing concern among scientists and policymakers as the demand for air travel continues to grow.  Aviation is one of the fastest growing sectors, with a projected twofold increase by 2020.

Contrails are ice clouds that form by condensation of water vapor exhaust from aircraft engines and develop further in the aircraft wake as they are entrained by the airplane trailing vortices (see Fig. 1). When contrails spread to form cirrus clouds (see Fig. 2), they can persist for hours and extend over areas of several square kilometers. These “contrail cirrus,” which artificially increase Earth’s cloudiness and become almost indistinguishable from natural cirrus, are among the most uncertain contributors to the Earth’s radiative forcing. (Radiative forcing is defined as the change of the net radiating flux resulting from changes in the atmospheric composition. A measure of the perturbation of Earth-atmosphere energy budgets, it is widely used as a climate metric.)

Researchers at CERFACS and Laboratoire d’Aérologie recently received an INCITE award of 20 million hours at the Argonne Leadership Computing Facility (ALCF) to study the contrail-to-cirrus transition. "This project aims at understanding the physics of the formation of contrail cirrus, which occurs when the effects of the atmospheric perturbations become predominant, compared to the dynamics of the aircraft wake where ice particles are initially trapped," notes INCITE PI Roberto Paoli, CERFACS. "The unique aspect of the research is that the key mechanisms that control this process will be analyzed separately using high-resolution large-eddy simulations over large computational domains to accommodate the spreading of the contrail and its transition into cirrus."

The research team is examining the transition using the numerical code, Méso-NH, the mesoscale atmospheric model of the French research community to 1) characterize the 3-D structure of the cloud, as well as the spatial and size distribution of ice particles contained in the cloud; and 2) identify the relative importance of the mechanisms that control this process as a function of the age of the contrail. To that end, they are carrying out a parametric study through a set of dedicated simulations, where the effect of atmospheric turbulence, microphysics, and radiative transfer are being analyzed separately. First, various turbulent fields corresponding to different levels of turbulence will be generated using a stochastic forcing technique that reproduces the atmospheric conditions normally encountered in the upper troposphere. Then, the contrail resulting from the wake of a typical aircraft will be inserted on the top of each of these fields to analyze the transition into contrail cirrus —activating ice microphysics. Finally, radiative transfer will be activated to find out if and on which spatial and temporal scales the induced vertical motion prevails over the essentially horizontal motion of atmospheric turbulent diffusion in driving contrail-to-cirrus transition.

By understanding and characterizing the physical mechanisms that control the formation of contrail cirrus, this INCITE research will lead to more complete and effective representation of aviation impact into next-generation climate models.