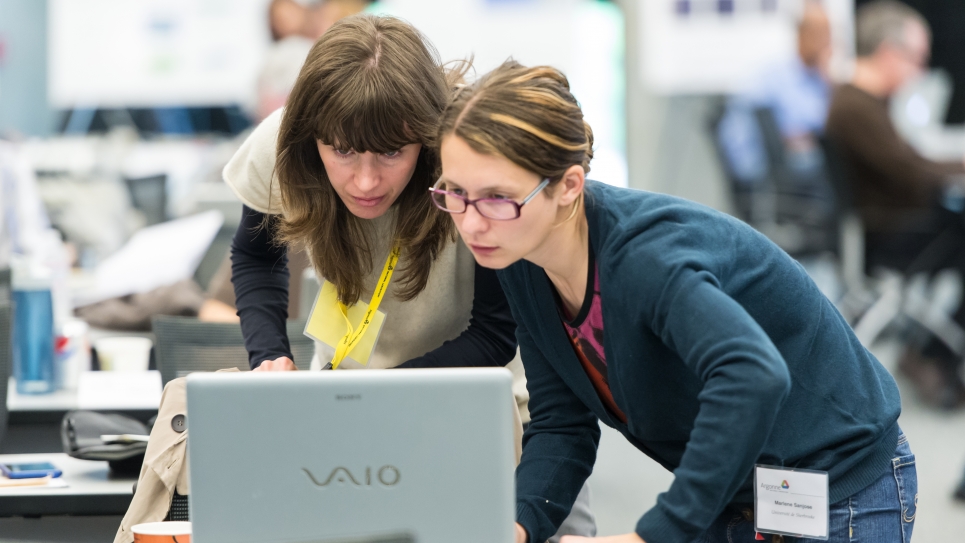 Researchers representing universities and institutions from across the nation and around the world recently participated in the ALCF’s Mira Performance Boot Camp held May 21-24 at Argonne National Laboratory. For many, the primary goal of attending was to tap into the expertise of ALCF staff for assistance in improving their code’s scalability to demonstrate computational readiness for a 2014 INCITE award.

In support of this goal, the ALCF’s annual scaling workshop is especially geared for and timed to coincide with efforts of teams preparing INCITE proposals. The INCITE Program is the primary mechanism through which the majority of available compute hours at the DOE leadership computing facilities are allocated to researchers at work on breakthrough science and engineering. Proposals for INCITE awards are due June 28 this year for allocations available beginning January 1, 2014. Formerly knows as the Leap to Petascale workshop, the ALCF holds this computational readiness event annually in May.

“I’ve been coming to the ALCF’s scaling workshop for years,” said Pieter Maris of Iowa State University. “I like that it is dedicated time where I know I’ll focus on my code with the experts in the room who can help me. And, every time I come, I learn more.”

The bulk of the four-day event was devoted to hands-on, one-on-one tuning of applications. ALCF experts also presented talks on topics of interest, including an overview of Blue Gene/Q hardware and software architecture, manual code-tuning tips for peak performance, submission of ensemble jobs, and message-passing API on Blue Gene/Q. Tools and debugger developers were on hand to provide information about their tools and individualized assistance to attendees.

A dedicated Boot Camp reservation queue gave attendees quick, uninterrupted access to the system. Over the course of the event, attendees used over 15 million core hours; and several accomplished sizeable runs, including runs that scaled to the entire 48-rack system. Moreover, Argonne staff and industry representatives applied their combined skills and expertise to facilitate significant improvements to the attendees’ codes and to make many of these enhancements available to the broader Mira user community.

A full event agenda and links to the presentation slides can be viewed here: http://www.alcf.anl.gov/workshops/mira-performance-boot-camp-2013