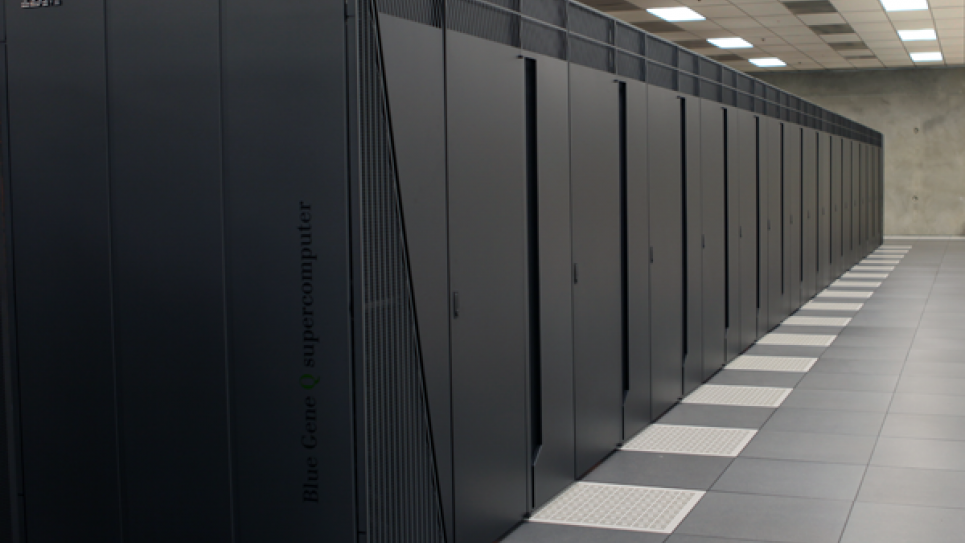 Mira, located at the Argonne Leadership Computing Facility (ALCF), and Sequoia, located at Lawrence Livermore National Laboratory, each achieved a score of over 3,500 GTEPS (giga traversed edges per second). The Graph 500 benchmark evaluates machine performance while running data-intensive analytic applications and is a measure of the machine’s communications capabilities and computational power.

Graph 500 began in 2010 as a complementary benchmark to the widely observed TOP500 benchmark that evaluates a machine’s ability to deliver very high performance to dense linear algebra (compute-intensive floating-point) calculations. Argonne’s Mira was designed principally to deliver very high performance to such calculations since they are highly correlated to science and engineering applications.

Computers are routinely used to solve small graph problems (mapping optimal routes for a fleet of delivery trucks, for instance). Graph problems can become intractable, however, as they are scaled up to ever larger datasets (the difference between estimating the effect of climate on the economy of cities in a small region versus that of the entire country).

“Having machines that do well on these sorts of calculations will allow this very useful category of computing techniques to be applied to ever more areas,” said Kalyan Kumaran, who manages ALCF’s applications performance engineering team. “The range of problems that Mira can tackle is much wider than large-scale scientific simulation.”