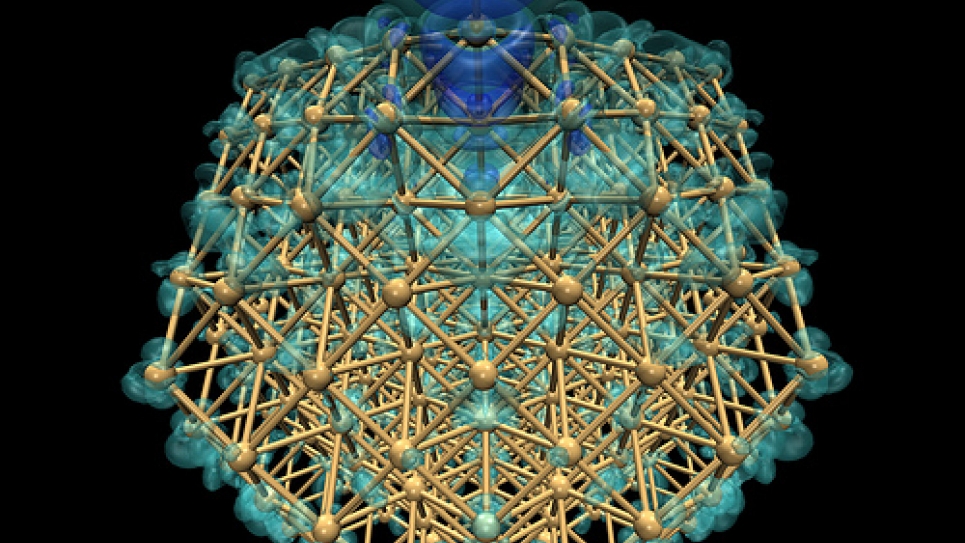 “By providing millions of hours of computing time on the ALCF’s powerful system, these awards facilitate the work of researchers around the country who are addressing some of the nation’s most challenging scientific problems,” said Michael Papka, interim director of ALCF. ALCC awards of compute time on Intrepid (the ALCF’s Blue Gene/P) became available July 1 for the following recipients:

James R. Chelikowsky and Noa Marom in the Computational Materials Center at the Institute for Computational Engineering & Science at the University of Texas at Austin were awarded 12 million hours to work on crystal engineering from first principles for applications such as hydrogen storage, drug design, and non-linear optics.

Larry Curtiss of Argonne’s Materials Science Division and the Center for Nanoscale Materials at Argonne was awarded 30 million hours for the design and discovery of new materials critical to the nation’s energy future, including electrical energy storage and catalytic materials.

Said Elghobashi from the University of California, Irvine, received 10 million hours to study the two-way interactions between vaporizing droplets and turbulent flows using fully resolved, direct numerical simulation (DNS). The study is of particular relevance to liquid fuel spray combustion that is the predominant energy source in transportation systems.

Jeffrey Greeley in the Theory and Modeling group at the Center for Nanoscale Materials at Argonne was awarded 20 million hours for research into clean energy solutions, including work to extend the life of catalysts in fuel cells and investigations of titania as a durable, efficient electrode in lithium ion batteries.

Led by Greg Holland, a team of researchers with the National Center for Atmospheric Research received 13 million hours to develop high-resolution climate models to advance our understanding of Earth’s climate. Efforts will increase the predictive ability of climate models for better national emergency preparedness and will serve to broaden the community of researchers capable of using leadership computing resources.

Parviz Moin, founding director of the Center for Turbulence Research, was awarded 60 million hours at the ALCF to further critical research into how jet noise is produced. The information will be used in noise-mitigation strategies in the design of next-generation supersonic transport vehicles.

Laura Zamboni from the Argonne National Laboratory, received 40 million hours to investigate the sensitivity and uncertainty of precipitation in climate models. Using high-resolution models, this research will further risk assessments and water management worldwide, and deepen our understanding of processes in cloud formation and precipitation.

For more about ALCC, visit http://science.energy.gov/ascr/facilities/alcc/.