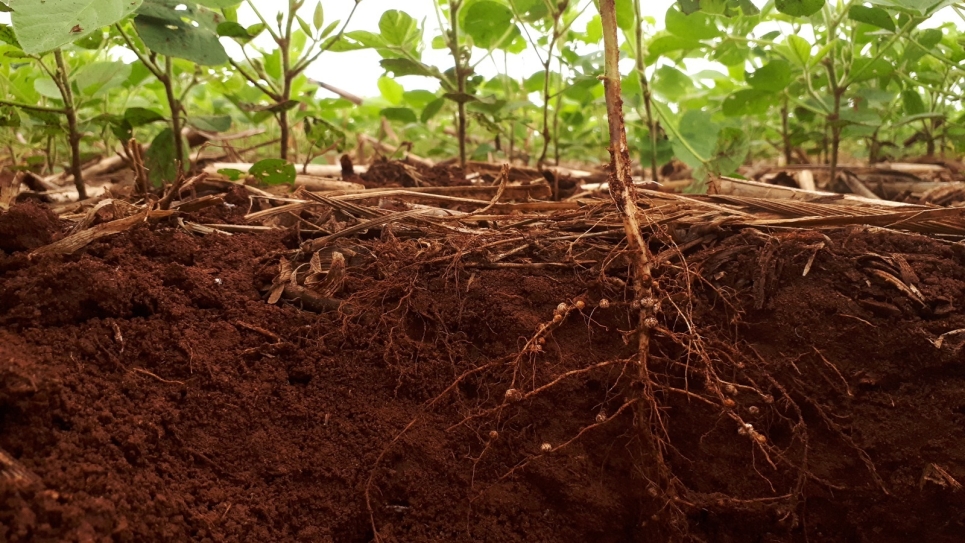 Argonne scientists plan to leverage ALCF supercomputers as part of a new bioimaging project aimed at studying communication between plants and microbial symbionts.

Humans benefit greatly from our relationship with plants. We rely on them for food, clean air, medicine, fuel and various other products. But plants need other partners to thrive. Many plants grow better by establishing relationships with soil microbes. These microbes help plants acquire nutrients such as nitrogen, phosphorous and iron. In exchange, the plants provide sugars and amino acids to the microbes.

Scientists at the U.S. Department of Energy’s (DOE) Argonne National Laboratory were recently awarded funding from DOE’s Office of Science, Biological and Environmental Research (BER) bioimaging program to understand plant-microbe communication and how it facilitates plant growth and health.

On a broader scale, understanding plant-microbe interactions can provide insights into improving plant growth and enhancing the products and resources on which people depend. In a world that’s moving toward renewable energy sources, developing products from plants that can replace plastics and other fossil-fuel-derived products becomes even more important.

Over the three-year project, Babnigg and his colleagues at Argonne, the University of Chicago and DOE’s Joint Genome Institute plan to develop a new imaging technique by using engineered plant-growth-promoting bacteria as biosensors. The modified microbes will be able to indicate which resources are being shared between bacteria in the rhizosphere — the region around the plant’s root system — and the plants themselves.

“Bacterial cells have the ability to sense and respond to nutrients, such as amino acids, sugars, small organic acids, as well as signaling molecules in the substances secreted by plant roots,” described Babnigg. Once the cells sense nutrients, they tell the bacteria to use them for energy and growth. The researchers aim to track how much of each nutrient there is around the root system by adding proteins that light up under a microscope to the microbes. Part of the novelty of this color-changing method is that scientists can measure low- and high-abundance compounds in the ground without having to sacrifice the plants.

“We can send these biosensors to other scientists who can then put the microbes into the environments they’re studying to measure the dynamics of compounds in the rhizosphere,” said Babnigg.

Along with developing and testing these biosensors, the scientists will collect microscopic images to further understand the relationship between plants and microbes. ​“We can use the wonderful capabilities of the Advanced Photon Source to look at the interface between the microbe and the plant in nanometer resolution,” Babnigg noted. The team also plans to use these images to assess how components are distributed in the rhizosphere during plant-microbe interactions and how this distribution might change over time and in different environments.

To accelerate discoveries from the images, the researchers will partially automate the imaging process. They plan to develop artificial intelligence (AI)-guided tools for image acquisition and analysis in collaboration with Argonne’s team working on autonomous discovery and the Argonne Leadership Computing Facility. ​“An AI-based, automated system might be able to come up with novel ideas or experimental approaches that we scientists would not think of,” said Babnigg.