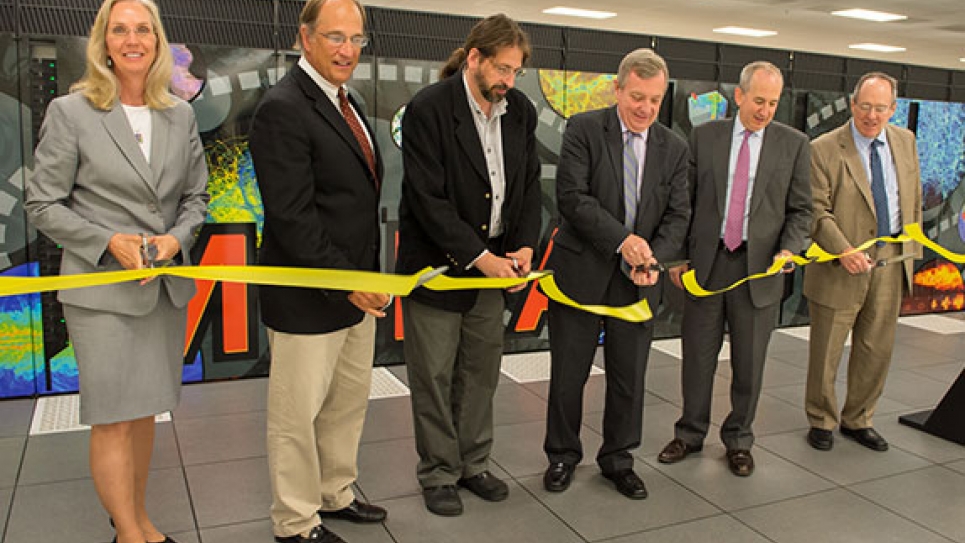 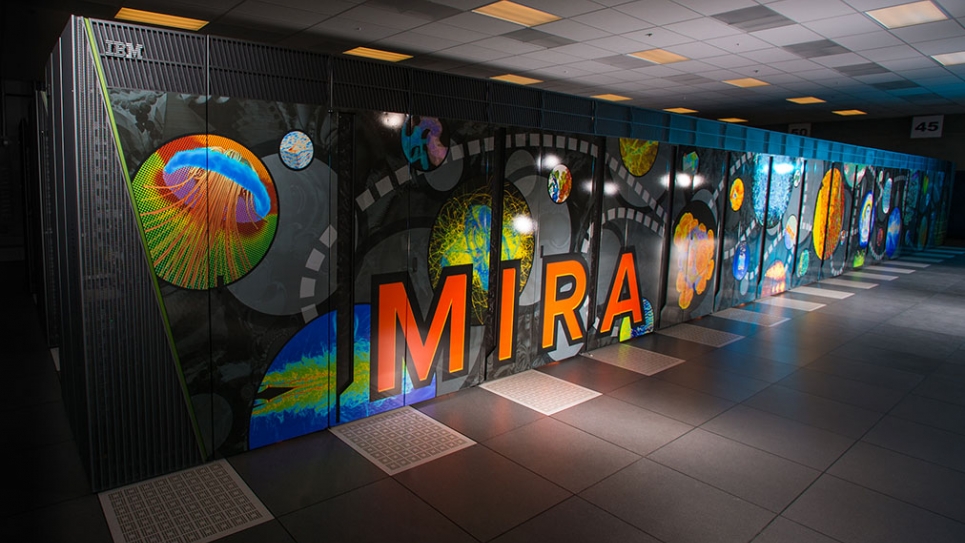 Argonne, IL, July 1, 2013 – U.S. Sen. Dick Durbin (D-IL) led the dedication of the new Mira supercomputer at Argonne National Laboratory on Monday, underscoring the importance of high-performance computing to scientific research, to industrial innovation, and to our nation's economic future.

"Argonne National Laboratory is one of Illinois' and the country's great assets," Durbin said.  "Mira ensures the lab remains a linchpin of scientific research, enabling researchers to tackle extremely complex challenges ranging from improving combustion efficiency in car engines to modeling the progression of deadly diseases in the human body.  High-performance computing is crucial to U.S. economic growth and competitiveness, saving time, money and energy, boosting our national security and strengthening our economy.  If the United States is to remain a leader in the 21st century, we need to continue investing in the science and innovation that will address our growing energy and environmental demands while building the industries of the future."

"High-performance computing is a critical technology, both for science and for industry," Isaacs said. "Mira will help U.S. researchers to maintain a competitive edge in the development of new products and services. This is a great addition to Argonne’s unique suite of Department of Energy user facilities, and I am sure Mira will serve as yet another magnet for innovation in Illinois."

Mira, an IBM Blue Gene/Q system, consists of 48 racks of computers, 786,432 processors, and 768 terabytes of memory and is capable of 10 quadrillion calculations per second – making it the fifth-fastest supercomputer in the world. To put those capabilities in perspective, Mira is 20 times faster than its IBM Blue Gene/P predecessor at the ALCF, Intrepid, which was ranked third in the world when it was installed in 2008.

"As supercomputers continue to improve, so do the results. Faster and more sophisticated computers mean better simulations and more accurate predictions," Stevens said. "Mira will help us tackle increasingly complex problems, achieve faster times to solutions, and create more robust models of everything from car engines to the human body."

Installation of the Mira system began in January 2012 and took nearly eight months. In August, ALCF's Early Science Program (ESP) began gearing up to make sure the supercomputer was ready to hit the ground running. The ESP allocated pre-production time to 16 research projects chosen to help prepare key scientific applications for the architecture and scale of Mira, paving the way for even greater scientific results.

With Mira now in full production mode, several projects are under way that will use the system’s vastly increased power and capabilities to run complex simulations, ranging from the action of blood vessels to the origins of the universe.

Going forward, Mira will be open to researchers across the national lab system, as well as those in industry and academia through the Energy Department's INCITE (Innovative & Novel Computational Impact on Theory and Experiment) program. INCITE awards processor hours on Energy Department-funded supercomputers to researchers on a competitive, peer-reviewed basis.

Argonne National Laboratory seeks solutions to pressing national problems in science and technology, conducting leading-edge basic and applied scientific research in virtually every scientific discipline. Argonne researchers work closely with thousands of scientists and engineers from hundreds of companies, universities, and federal, state and municipal agencies to help them solve their specific problems, advance America's scientific leadership and prepare the nation for a better future. Argonne is managed by UChicago Argonne LLC for the U.S. Department of Energy's Office of Science.

DOE's Office of Science is the single largest supporter of basic research in the physical sciences in the United States, and is working to address some of the most pressing challenges of our time.  For more information, please visit science.energy.gov.