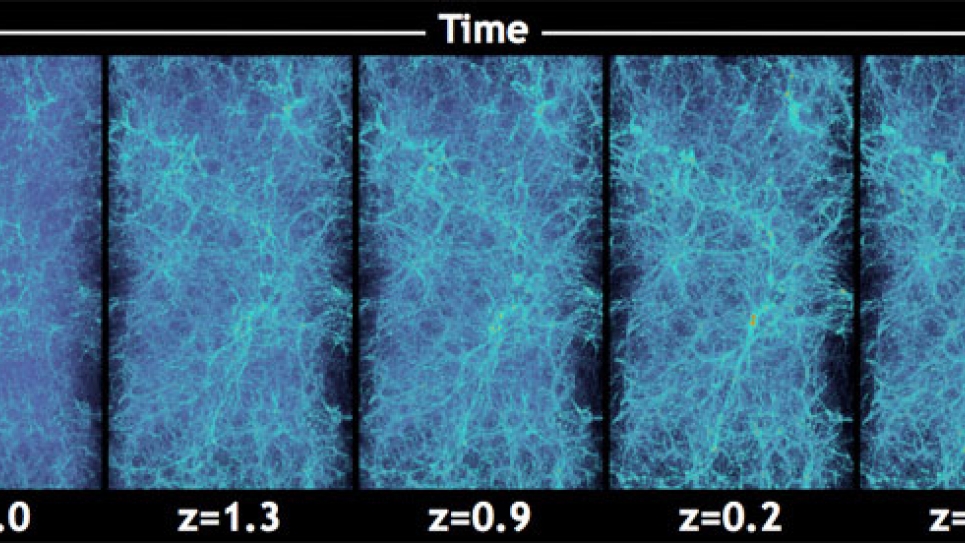 Scientists would love to be able to rewind the universe and watch what happened from the start. Since that's not possible, researchers must create their own mini-universes inside computers and unleash the laws of physics on them, to study their evolution.

Now researchers are planning the most detailed, largest-scale simulation of this kind to date. One of the main mysteries they hope to solve with it is the origin of the dark energy that's causing the universe to accelerate in its expansion.

The new simulation is a project led by physicists Salman Habib and Katrin Heitmann of Illinois' Argonne National Laboratory, and will run on the lab's Mira supercomputer, the third-fastest computer in the world, starting in the next month or two. The program will use trillions of "particles" — elements in the simulation that stand in for small bits of matter. The computer will let time run, and watch as the particles move through space in response to the forces acting on them.

As the simulation progresses, these bits of matter will clump together under gravity to form larger and larger blobs representing galaxies, galaxy clusters and superclusters. To evolve the universe from the Big Bang 13.7 billion years forward to today, the simulation will take up to two weeks.