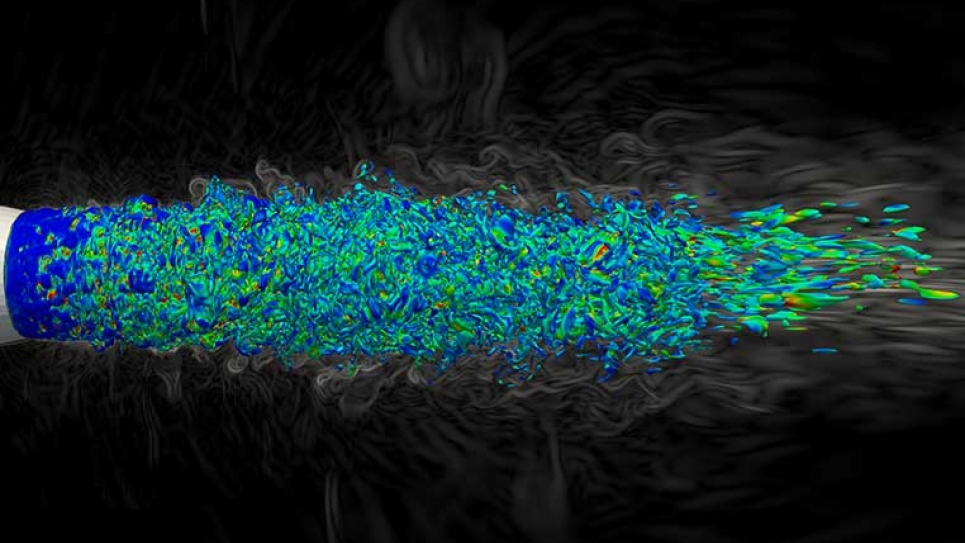 Washington, D.C., Oct. 29, 2012—The U.S. Department of Energy’s (DOE’s) Leadership Computing Facilities (LCFs) have awarded a combined 4.7 billion supercomputing core hours to 61 science and engineering projects with high potential for accelerating discovery and innovation through its Innovative and Novel Computational Impact on Theory and Experiment (INCITE) program. The allocation of resources at Argonne and Oak Ridge national laboratories, enabled by the deployment of next-generation high-performance computers, will provide researchers in industry, academia, and government access to some of the world’s most powerful supercomputers to address grand challenges from advancing sustainable energy to understanding environmental consequences of energy use.

“Supercomputing is essential to solving our greatest scientific and technological challenges and improving our economic prosperity, energy security, and global competitiveness,” said James Hack, director of the National Center for Computational Sciences (NCCS), which houses the Oak Ridge Leadership Computing Facility (OLCF) in Oak Ridge, Tenn. “Simulations that exploit massive parallelism play a critical role in building our future. Today’s awards will speed insights into the natural world from subatomic particles to earthquakes to supernovae, and the engineered world from cars and concrete to catalysts and computer chips.”

Added Michael Papka, director of the Argonne Leadership Computing Facility (ALCF) just outside Chicago, “The 2013 INCITE awards will accelerate breakthroughs by allowing greater complexity and realism in simulations, from carbon sequestration underground to turbulent combustion in power and propulsion devices.”

The ALCF’s newest leadership computing resource is Mira, a 10-petaflop IBM Blue Gene/Q system with 49,152 compute nodes and a power-efficient architecture. The ALCF also houses Intrepid, a 557-teraflop IBM Blue Gene/P. The OLCF is home to Titan, a new 20-petaflop Cray XK7 hybrid system employing both central processing units and energy-efficient, high-performance graphics processing units in its 18,688 compute nodes. For 2013, the INCITE program, which is jointly managed by DOE’s LCFs, awarded 2.83 billion hours at the ALCF and 1.84 billion core hours at the OLCF on systems capable of carrying out quadrillions of calculations each second (petaflops).

When INCITE made its first awards in 2004, three projects received an aggregate 5 million hours on DOE supercomputers. Today’s collective allocation of 4.7 billion hours represents an almost 1,000-fold growth in resources provided to researchers. To date, INCITE has delivered more than 10 billion computing hours to the scientific community.

DOE’s world-class capabilities are attracting new users. Thirteen of the 2013 INCITE projects are headed by principal investigators who have not previously submitted an INCITE proposal. Moreover, 2013 proposal submissions increased 20 percent compared to submissions over the past three years.

“The INCITE program supports high-risk, high-payoff scientific investigations that represent some of the most challenging problems in computational science and engineering,” said Paul Messina, ALCF science director. “All of the applicants, including those seeking award renewals, face steep competition each year. A successful proposal must make a clear case for scientific or technical merit as well as computational readiness.”

For a complete list of 2013 INCITE awards, see http://www.doeleadershipcomputing.org/awards/2013INCITEFactSheets.pdf. Highlights of the 2013 allocations include:

Capable of simulating physical systems with awe-inspiring speed and accuracy, the LCFs will lead the way to exascale computing, or a million trillion calculations each second, expected within the decade.

About DOE’s Office of Science: The Office of Science is the single largest supporter of basic research in the physical sciences in the United States and is working to address some of the most pressing challenges of our time.

About INCITE: The Innovative and Novel Computational Impact on Theory and Experiment program promotes transformational advances in science and technology through large allocations of time on state-of-the-art supercomputers.