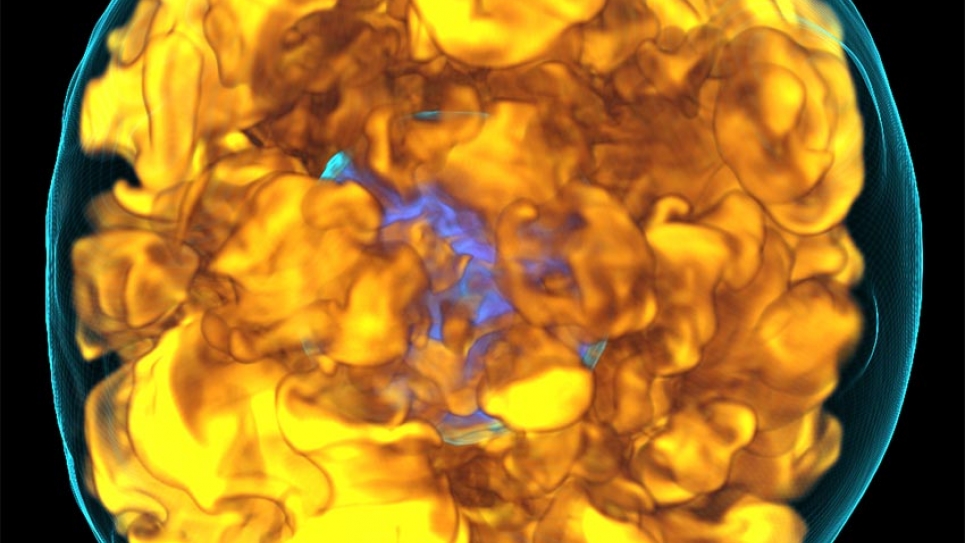 LEMONT, Ill., Nov. 14, 2016—The U.S. Department of Energy’s Office of Science announced 55 projects with high potential for accelerating discovery through its Innovative and Novel Computational Impact on Theory and Experiment (INCITE) program. These awards allocate the multi-petascale computing resources at Argonne and Oak Ridge National Laboratories, two of America’s most powerful supercomputers dedicated to open science.

The projects will share 5.78 billion core-hours and support a broad range of large-scale research campaigns to advance knowledge in critical areas ranging from sustainable energy technologies to next-generation aerospace designs to novel materials.

The INCITE program is the primary means of accessing the DOE Leadership Computing Facilities at Argonne and Oak Ridge National Laboratories, and is jointly managed by the two centers. Researchers from academia, government research facilities, and industry submit INCITE project proposals, which are awarded on a competitive basis. The average award is more than 105 million core-hours—with some awards of up to several hundred million core-hours—on systems capable of quadrillions of calculations per second.

Domain scientists and computational scientists at the leadership centers partner with each INCITE project, aiding in code and methods development, optimization, streamlining workflow, troubleshooting unforeseen problems, and assisting with data analysis and visualization.

“These computational projects represent the biggest challenges in science and engineering today, and can’t be done anywhere else,” said Michael E. Papka, director of the Argonne Leadership Computing Facility (ALCF), a DOE Office of Science User Facility just outside Chicago. “Our respective staff expertise can be as crucial to a project’s success as the supercomputers themselves.”

Many of the project teams are building on findings from previous INCITE awards in their pursuit of significant scientific breakthroughs. DOE's world-class capabilities are also attracting new users. Fifteen of the 2017 INCITE projects are headed by principal investigators who have not previously received an INCITE award.

“Once again this year, we’re delighted to have this opportunity to play a key role in enabling breakthrough science through the 2017 INCITE program,” said James Hack, director of the National Center for Computational Sciences (NCCS), home to the Oak Ridge Leadership Computing Facility (OLCF), a DOE Office of Science User Facility in Oak Ridge, Tennessee. “Our user community continues to propose ever more ambitious and computationally demanding campaigns. Helping that community fully exploit the unique capabilities of our facilities is always a welcome challenge.”

Despite continued upgrades, expansions, and advances in computing power, demand for leadership-class resources such as Mira and Titan continues to exceed availability, and, once again, more applications for time were made to INCITE than were awarded.

For a complete list of 2017 INCITE awards, please visit: http://www.doeleadershipcomputing.org/awards/2017INCITEFactSheets.pdf

Highlights of the 2017 allocations include:

DOE’s Office of Science is the single largest supporter of basic research in the physical sciences in the United States and is working to address some of the most pressing challenges of our time. For more information, please visit http://science.energy.gov.