Two ALCF staff members recognized by Argonne’s Board of Governors 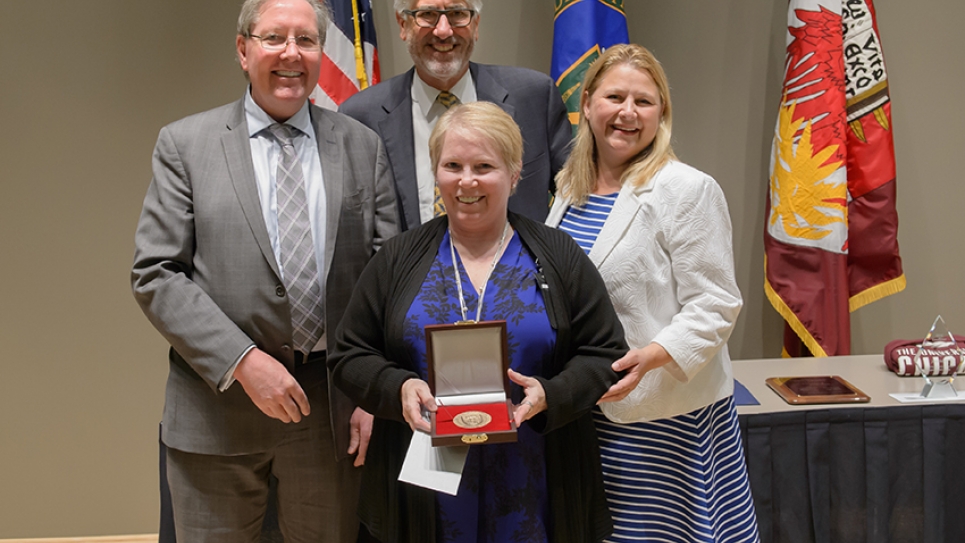 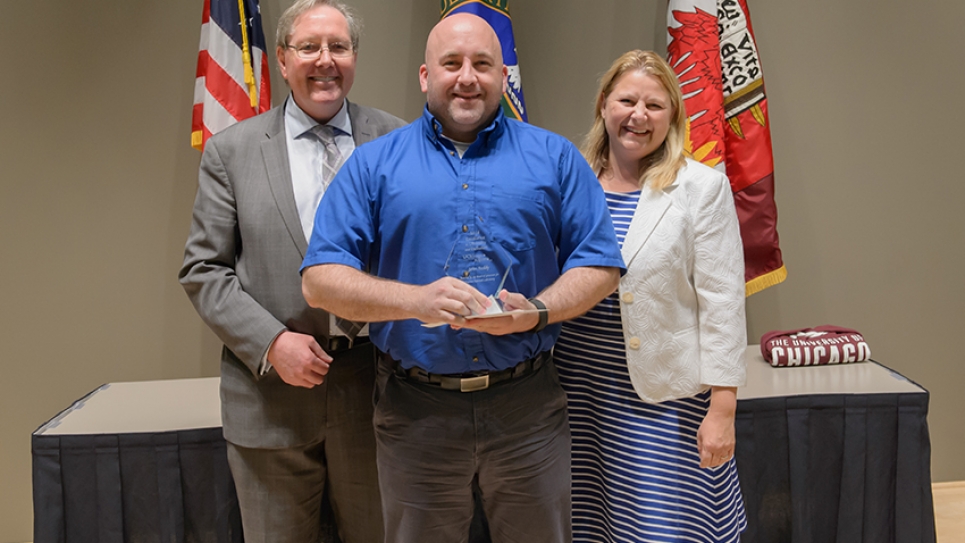 On August 4, Susan Coghlan and John “Skip” Reddy of the Argonne Leadership Computing Facility (ALCF) were recognized for their outstanding achievements at the 2016 University of Chicago, Argonne, LLC Board of Governors’ awards ceremony.

Coghlan, ALCF Deputy Division Director, received the Distinguished Performance Award for her outstanding accomplishments in petascale computing technologies, advanced system software, and large-scale computational facilities—an area that Argonne has defined as one of its strategic initiatives and that the U.S. Department of Energy (DOE) has identified as critical to solving the nation’s most important scientific and engineering problems.

Since joining Argonne in 2002, Coghlan has served as project director for all ALCF supercomputers. Most recently, she led the ALCF project team in developing materials and executing all reviews necessary to gain DOE approval for the facility’s next-generation systems, Theta and Aurora. She also led the negotiations with Intel and Cray for the future ALCF systems.

Reddy was awarded the Excellence in Diversity and Inclusion Award for his founding and continued stewarding of Spectrum, an LGBTQA+ employee resource group for the lesbian, gay, bisexual, transgender, queer and ally community at Argonne. As a result, he has helped promote a more welcoming and inclusive laboratory community.

As the ALCF’s HPC Infrastructure Lead, Reddy oversees the team responsible for the facility’s supporting systems environments. This leadership position, along with his involvement in Spectrum, allows Reddy to play a key role in the laboratory’s efforts to remove biases from the recruitment and hiring process.

This is the first time this award has been given, and speaks to the lab’s overall commitment to fostering a diverse and inclusive working environment. Making these issues visible through a public group increases awareness of the issues facing the LGBTQA+ community. Argonne Director Peter Littlewood emphasizes that, “It is important to the lab that its employees are respected, valued, and connected.”

Together, Coghlan and Reddy represent the ALCF and its dedication to excellence and progressive thinking.

The ALCF is a U.S. Department of Energy Office of Science User Facility.