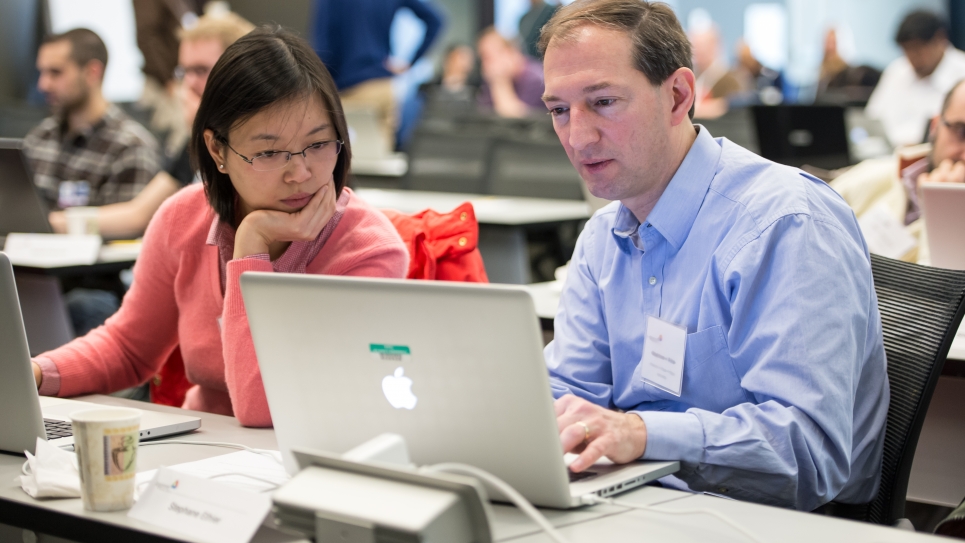 More than 100 users, software vendors and ALCF experts braved a late-season Chicago snowstorm to participate in the inaugural Mira Community Conference at Argonne National Laboratory. The conference, held March 4-8, attracted an international array of guests, including representatives from industry, other Blue Gene/Q user facilities and a bevy of members from 15 of the ALCF’s 2013 INCITE projects.

With the ALCF’s Blue Gene/Q, Mira, slated to go into production this year, IBM’s Bob Walkup gave users a timely overview of key differences between the Blue Gene/P and the next-generation Blue Gene/Q. ALCF experts and software vendors teamed up to cover additional topics of interest for the transition to the new system, including code optimization, scaling, tools and debuggers and parallel I/O.

Mira’s first users, those involved in scaling representative codes to prototype Mira machines through the ALCF’s Early Science Program, presented the results of their efforts over two days of the conference. The Early Science talks were grouped by common themes (i.e., algorithms, threads, communications), and provided attendees with insight and valuable lessons learned to apply to their own projects.

In addition, the Blue Gene Consortium convened a special session for system administrators, with attendees from U.S. and European facilities exchanging best practice processes and solutions based on their respective Blue Gene system experiences.

Conference goers cited in-person assistance from ALCF experts and software vendors as a key benefit of the event. In one such collaboration, researchers from the University of Salento, Italy, worked with ALCF performance engineers and representatives from Allinea DDT to diagnose a bug causing the ocean modeling code, Nemo, to crash.

“The successful debugging of the Nemo code exemplifies, on a small scale, how access to ALCF expertise and resources accelerates what world-class researchers can accomplish at our facility,” said Director of User Experience, Richard Coffey.

Presentation slides from the Mira Community Conference are available here.

Upcoming Events at the ALCF: