High-Resolution Climate Sensitivity and Prediction Simulations with the CESM

The focus of current research conducted by the Climate Change Prediction group at the National Center for Atmospheric Research (NCAR) is encapsulated in the Cooperative Agreement To Analyze variabiLity, change, and predictabilitY in the earth SysTem (CATALYST) effort. CATALYST represents a sustained commitment to perform foundational research that advances a robust understanding of modes of variability and change using models, observations, and process studies.

For 2019, the team has designed a set of three simulation subprojects to assess parametric and structural uncertainty in earth system models, and to provide efficient guidance for future projects focused on longer timescale predictability.

The first employs the Cloud-Associated Parametrizations Testbed (CAPT), a framework that provides a computationally efficient method to identify parametrization errors in earth system simulations, so as to investigate error growth in the coupled system. The second investigates the robustness of the Labrador Sea coupled climate in CESM1.3 with respect to important factors like resolution, initialization, and parameter settings. It is motivated by the very tight interactions suspected to exist between multiple components (including atmosphere, ocean, sea-ice, and the Greenland ice sheet) of the earth system in the North Atlantic climate. The third studies in detail the sensitivity of the Atlantic Meridional Overturning Circulation to climate model resolution by examining the result of freshwater forcing into the subpolar North Atlantic.

These simulations will advance our understanding of externally forced changes in the earth system over multiple temporal and spatial scales, and of predictability and variability themselves. 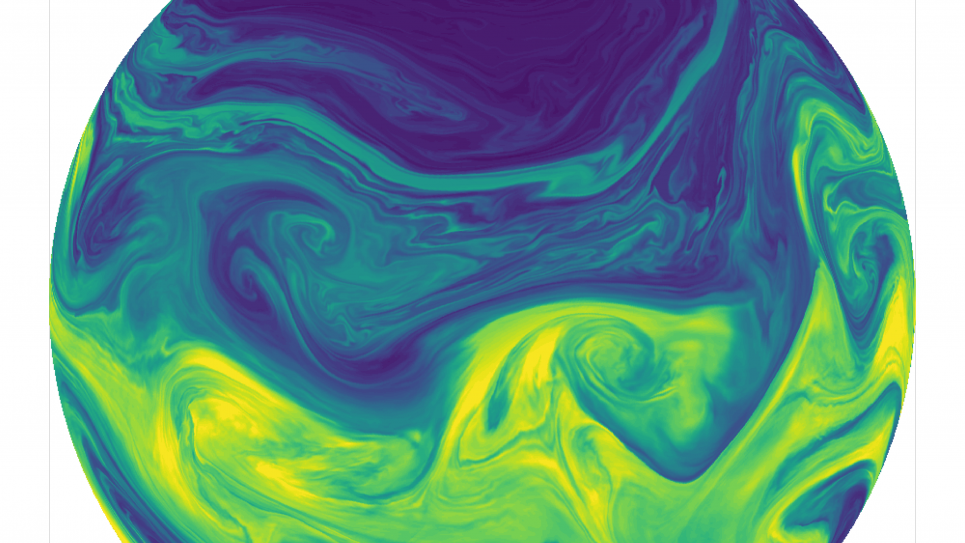