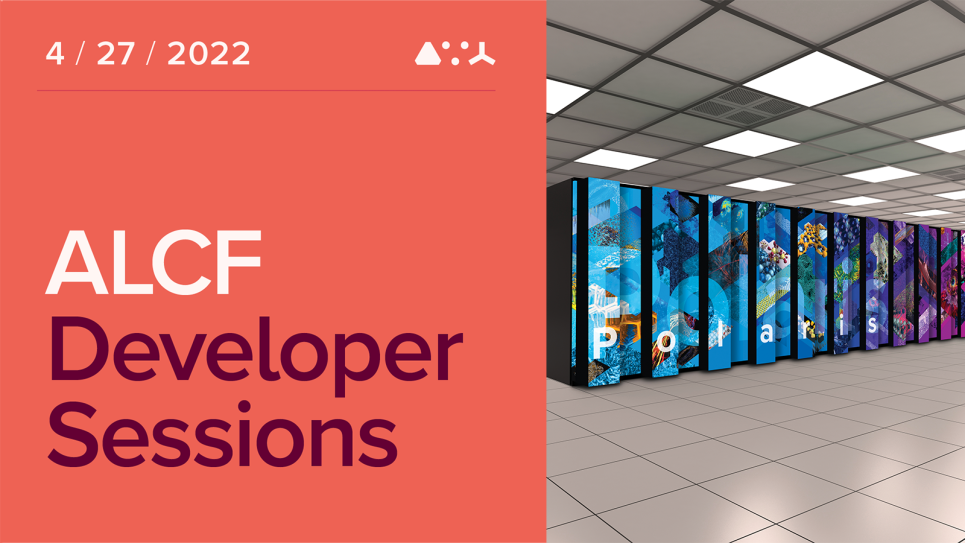 Polaris is ALCF’s latest high performance compute system for the ALCF user community. The HPE Apollo 6500 Gen10+ system is currently the #12 Top 500 supercomputer. It is comprised of 560 nodes, each with one AMD EPYC Milan processor, 4 NVIDIA A100 GPUs, and 2 NVMe SSDs. An HPE Slingshot 11 Dragonfly topology network ties the nodes together yielding a system with peak performance of 44 petaflops (DP).

This webinar will provide a closer look at the Polaris hardware details and software available on the system and give users an idea of what to expect when broader access becomes available later in the year.

Kevin Harms is a team lead of the Performance Engineering group within the Argonne Leadership Computing Facility (ALCF). His interests include working on high performance storage and I/O. Kevin received his Master of Science from Illinois Institute of Technology and his Bachelor of Science from Purdue University.

Brian Homerding is a member of the Performance Engineering group within the Argonne Leadership Computing Facility (ALCF). His interests include high performance portability frameworks and compilers. Brian received his Master of Science from Northern Illinois University and his Bachelor of Arts from the University of Illinois Urbana-Champaign.