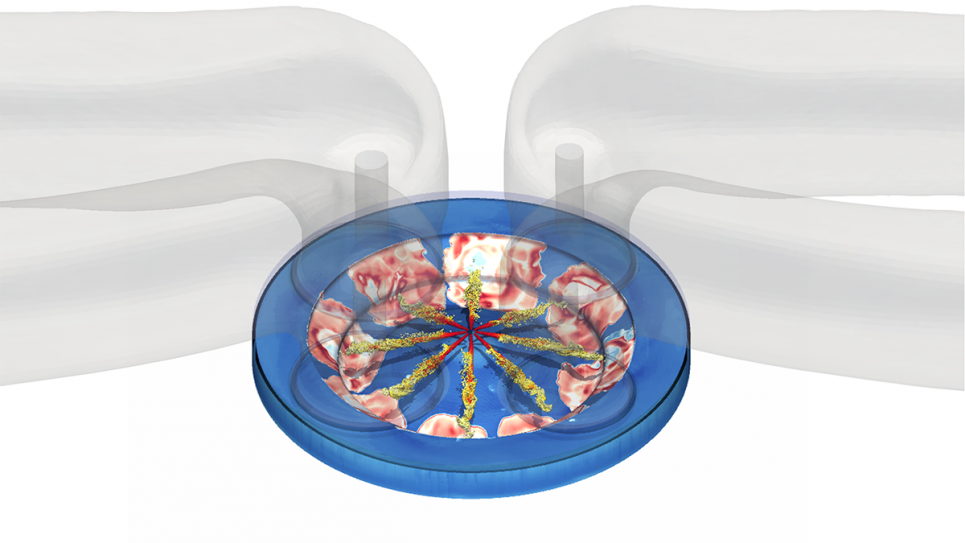 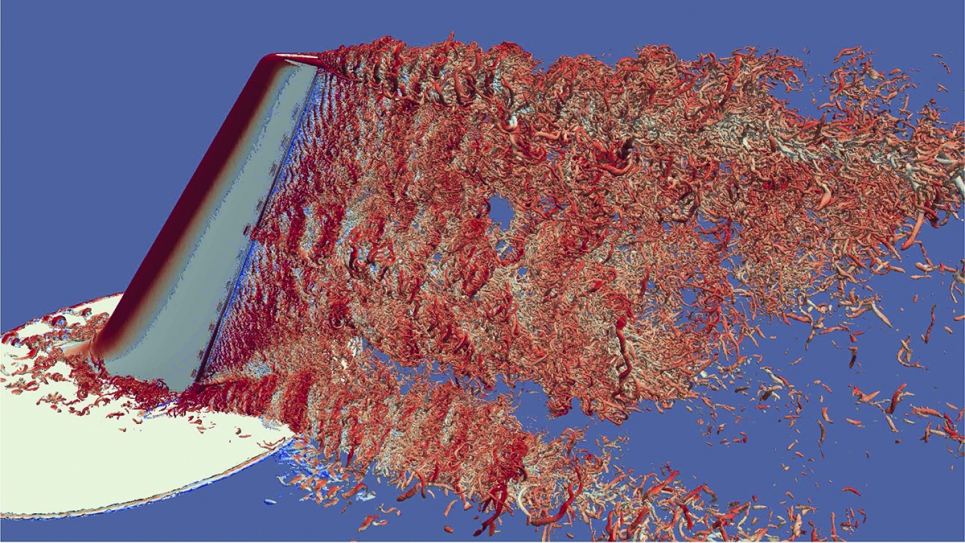 The ALCF publishes a Science Report annually to highlight its user community’s noteworthy accomplishments. As 2019 approaches, we take a look back at some of the remarkable advances ALCF supercomputing resources enabled this past year.

Creating atomically thin nano-fabrics
Researchers from Cornell University and the University of Chicago demonstrated that it is possible to fuse materials, atom by atom, for the production of flawless, atomic-scale fabrics. These nano-fabrics have exhibited extraordinary properties, including excellent conductivity and high-efficiency light-emitting diodes. Results were published in Science.
Led by Robert DiStasio, Cornell University

Greater insights into fusion as an energy source
University of Rochester researchers studied, via simulation, how ablation (mass evaporation due to a heat source) affects Rayleigh-Taylor Instability, a ubiquitous phenomenon that occurs when a heavy fluid is accelerated against a light fluid and presents a major obstacle to realizing inertial confinement fusion as an energy source. Results were published in Physical Review E and Physical Review Letters.
Led by Hussein Aluie, University of Rochester

Enhanced climate models
A multi-institutional research team continued their use of DOE leadership computing resources, including the ALCF’s Theta system, to develop the Energy Exascale Earth System Model (E3SM), a cutting-edge climate and earth system that is capable of tackling the most demanding climate research imperatives.
Led by Mark Taylor, Sandia National Laboratories

Improved peptide drug prediction
Researchers from the University of Washington advanced protein structure modeling capabilities to enable the design of novel chains of amino acids for the treatment of a host of diseases and medical conditions, with the potential to significantly reduce the costs associated with drug design and discovery research. The team published results in Nature and Journal of Computational Chemistry.
Led by David Baker, University of Washington

Investigation of a low-octane fuel to power more efficient engines
A team of researchers from Argonne National Laboratory and Aramco Research Center – Detroit advanced the design of a heavy-duty diesel engine using a gasoline-like fuel for improved efficiency and performance. The team’s research was featured in Computing in Science and Engineering.
Led by Sibendu Som, Argonne National Laboratory

Optimizing workflow execution for supercomputers
ALCF researchers developed Balsam to serve as a workflow management tool that simplifies the task of running large-scale job campaigns on supercomputers for production science, diminishing the burden on facility users and opening opportunities for optimizing how their jobs are submitted and executed. The team presented a paper on Balsam at SC18.
Led by Thomas Uram, Taylor Childers, and Misha Salim, Argonne National Laboratory

Predictions of functional materials
A research team led by Oak Ridge National Laboratory used simulations to study the remarkable properties of the substance graphene, a material that stands to revolutionize an array of applications through the creation of faster transistors and electronic components.
Led by Paul Kent, Oak Ridge National Laboratory

For more details on these projects and many others, view the ALCF’s 2018 Science Report here.