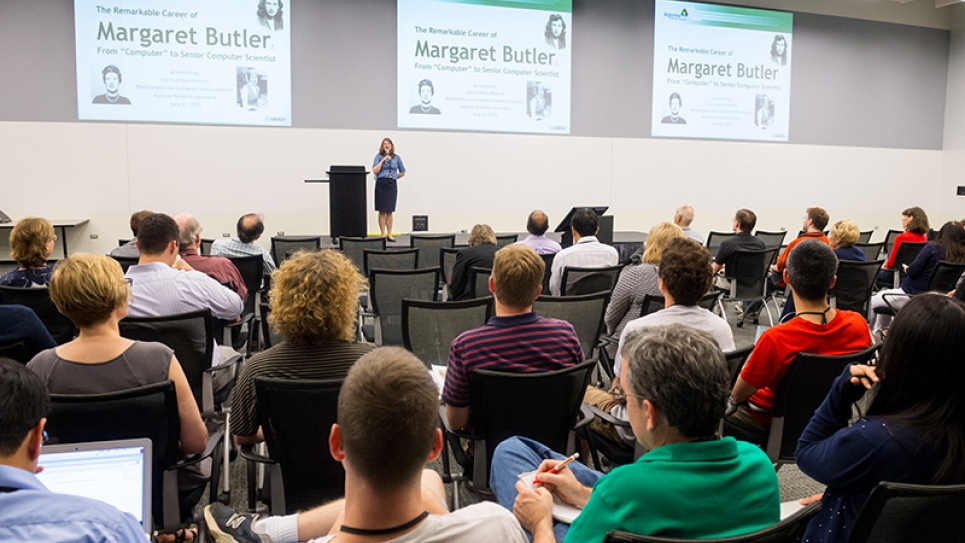 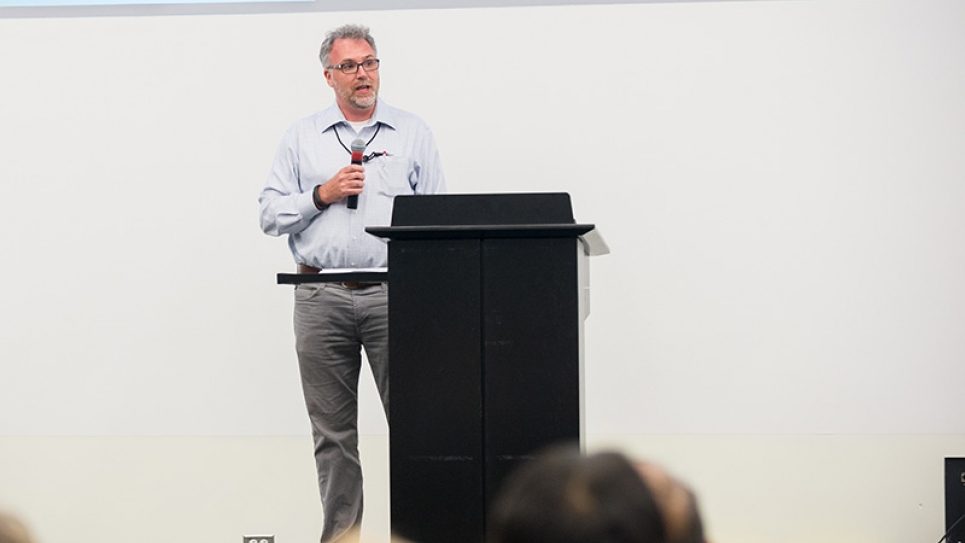 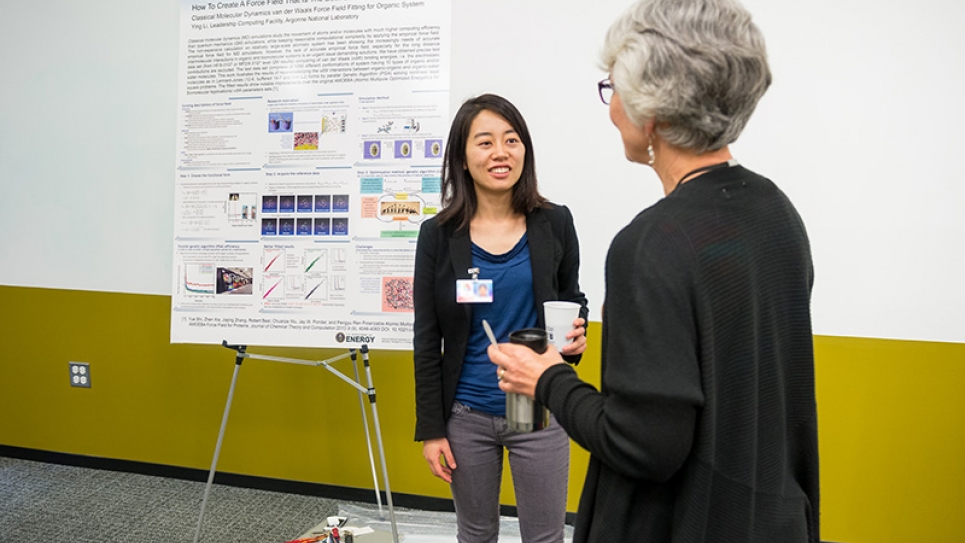 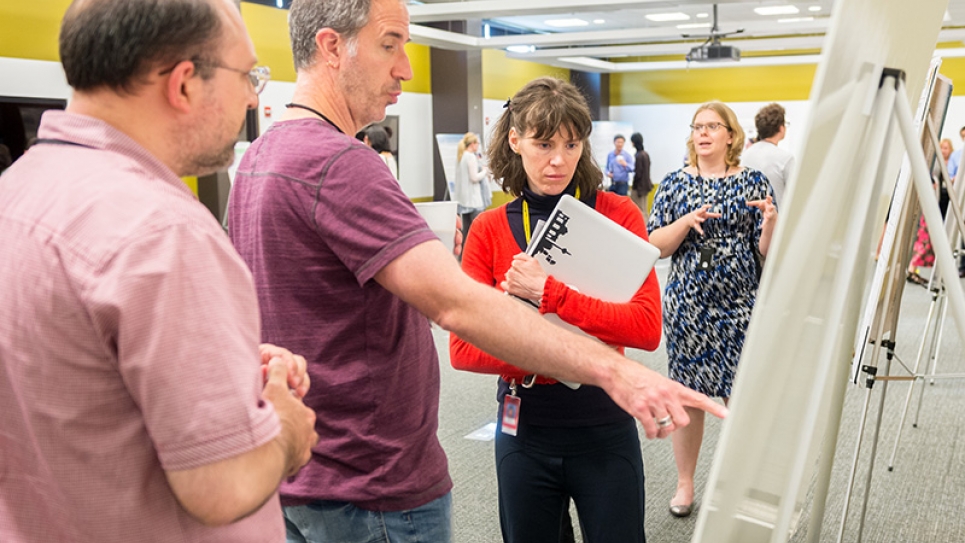 On June 11, Argonne National Laboratory held a special event to commemorate the extraordinary life and career of Margaret Butler, a pioneering Argonne scientist who paved the way for countless women to follow in her footsteps.

Presented by the Argonne Leadership Computing Facility (ALCF) and Argonne’s Women in Science and Technology (WIST) program, the inaugural “Margaret Butler Celebration of Women in Computational Science and Nuclear Engineering” consisted of speakers, a poster session, and a reception to highlight Margaret’s achievements and her enduring impact on women in science today.

Ying Li, recipient of the ALCF’s first Margaret Butler Fellowship in Computational Science, was also a featured speaker. She delivered a talk on her research, which involves using Mira, the ALCF’s IBM Blue Gene/Q supercomputer, to study hydrogen production and storage for fuel cells and batteries.

The keynote speaker of the celebration was Dona Crawford, Associate Director for Computation, Lawrence Livermore National Laboratory, who discussed advancements in computer platforms over the past 60 years and the broad impact of high-performance computational science.

Margaret’s work at Argonne certainly reflected this excitement. In the early 1950s, for example, she helped design ORACLE, the world’s fastest computer at the time; and she worked on the logical design for AVIDAC and GEORGE, early computers based on the von Neumann architecture. McInnes noted that Margaret grappled with issues in reusable scientific software that still concern us today—most notably memory usage, portability, interoperability, and thorough testing.  Moreover, Margaret learned, then taught, computer architecture and programming before courses on the subjects were available.

In the 1960s and early 1970s, Margaret tackled several other areas hampering effective use of computers: benchmarking, performance measurement, and the lack of documentation for vendor-supplied software. These efforts led to her creation of the Argonne Code Center, which later expanded into the National Energy Software Center (NESC)—a central repository for the testing and exchange of DOE-sponsored codes; Margaret headed NESC until her retirement in 1991.

In recognition of her accomplishments, Margaret was the first female fellow of the American Nuclear Society. But McInnes stressed that Margaret’s contributions went much beyond her research accomplishments. “She was an influential role model and mentor in the fullest sense,” said McInnes. Margaret was president of the Chicago Area Chapter of the Association of Women in Science in 1982.  Her work paved the way for the Argonne Women in Science and Technology (WIST) program, currently celebrating its 25th anniversary. Margaret also helped establish Argonne’s Science Careers in Search of Women Conference, which inspires high school women to pursue careers in science, bringing them to Argonne for a day of lectures, tours, career booth exhibits, and mentoring.

McInnes also cited numerous examples of women scientists and postdoctoral researchers at Argonne today who are conducting cutting-edge research. “Margaret would be delighted and proud of them,” McInnes said.

Planning for the event was led by Lisa Durham, principal environmental engineer and Interim Director of the Argonne Leadership Institute.

More information about the inaugural Margaret Butler Celebration can be found at http://today.anl.gov/2015/05/margaret-butler-celebration-event/