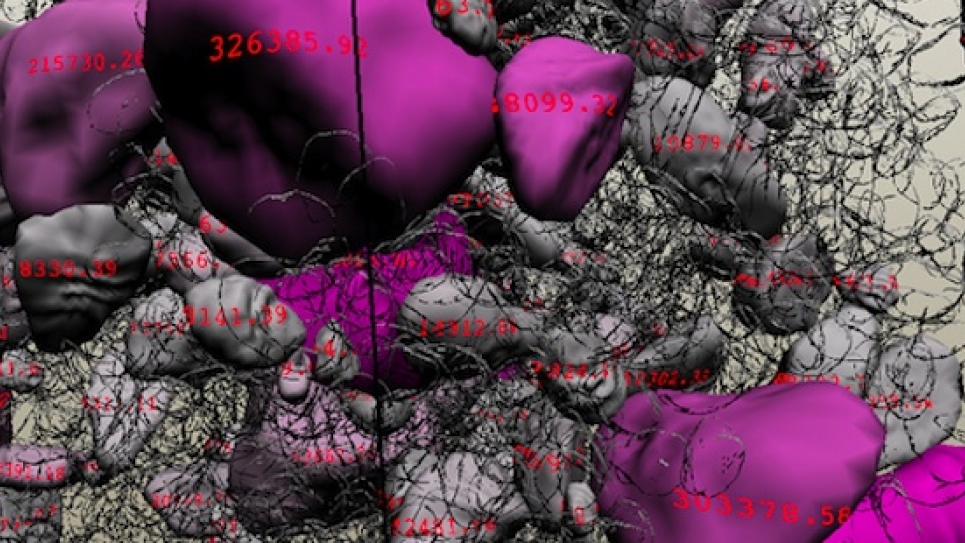 Earlier this week, Argonne Director Eric D. Isaacs announced plans to expand the institute’s collaborative efforts to include significant emphasis on cutting-edge materials research in support of President Barack Obama’s Materials Genome Initiative for Global Competitiveness. One aim of the collaborations is to strengthen Chicago’s regional “innovation ecosystem” by linking experts in every aspect of advanced materials science and providing them with direct access to the world’s most advanced tools for materials discovery and characterization.

“As co-directors, Pete Beckman and Peter Voorhees bring vital and complementary expertise to the new Northwestern-Argonne Institute, which promises to have a real and lasting impact on materials science,” Isaacs said at a meeting of science and technology leaders held Monday at the White House. “Their leadership will help provide the tightly knit combination of computation and materials expertise that President Obama envisioned last year when he announced the Materials Genome Initiative.”

Beckman is a supercomputing expert who has designed and built software and architectures for large-scale parallel and distributed computing systems. Voorhees is a computational materials expert whose research employs theory, simulation and experiment in areas from nanotechnology and energy to four-dimensional microscopy.

An effort of the National Science and Technology Council, the Materials Genome Initiative targets building a national infrastructure for data sharing and analysis that will provide a greatly enhanced knowledge base for scientists and engineers designing new materials. The effort is meant to foster enhanced computational capabilities, data management and an integrated engineering approach for materials deployment.

Argonne and Northwestern have a long history of collaborating on national-agenda driven science problems and now can add materials design to other important areas, such as clean energy, understanding the environment, energy storage and advanced scientific instrumentation.

“Bringing together Argonne’s strengths in materials research, large-scale scientific computing and world-class instrumentation with Northwestern’s extensive expertise in materials and nanotechnology research will allow the Northwestern-Argonne Institute to develop the programs that will help bring the vision of the Materials Genome Initiative to a reality,” Voorhees said.

“The institute links the very best from academia with the best from the open science Department of Energy labs to create dream teams of scientists to solve key problems facing the nation,” Beckman said. “One of the key strengths of this relationship with Northwestern is that its top-ranked engineering school, along with its outstanding science departments, brings new talent and collaborations.”

Beckman and Voorhees will work together to enhance the experience of the next generation of scientists and engineers being trained in Northwestern’s classrooms. They also will support and expand existing research programs, from solar photovoltaics and lithium-ion batteries to high-performance computing; develop new research efforts; promote collaborations between Argonne and Northwestern; and streamline access to facilities.

The Northwestern-Argonne Institute offers opportunities for experiential learning to undergraduates and facilitates co-supervision of graduate students and postdoctoral fellows between Northwestern faculty and Argonne scientists. The joint initiative also enables Argonne’s scientists and engineers to hold faculty appointments at Northwestern and will streamline access to facilities.

In addition to gaining valuable experience working with Argonne scientists, students have access to the lab’s remarkable facilities. These include the Advanced Photon Source, which produces the most brilliant high-energy X-rays for research in the Western Hemisphere, and the Argonne Leadership Computing Facility.