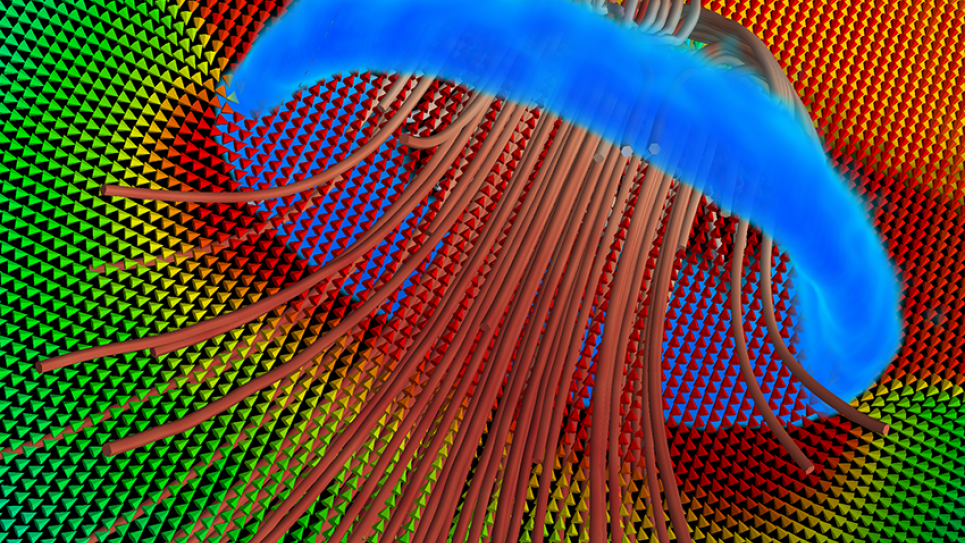 The performance and lifetime of materials widely used in energy and nuclear technologies are often severely limited by corrosion under stress loads. Simulations performed at the Argonne Leadership Computing Facility are revealing the atomistic mechanisms that control stress-induced corrosion within nuclear reactors—which is key to understanding the phenomenon, and ultimately, to developing new technologies to prevent it.

A University of Southern California research team that includes Priya Vashishta, Rajiv Kalia, and Aiichiro Nakano are using the ALCF's Intrepid supercomputer to study the complex electrochemical processes leading to the degradation of nickel-based alloys and silicate glass. The team runs molecular dynamics (MD) simulations to learn how a small amount of impurities within these materials can cause fractures and potentially catastrophic failures.

The team has been investigating nanobubble collapse in water under shock and the damage it causes to a silica wall. This research requires huge computational resources to simulate the atoms and molecules interacting over a time span that matches the chemical kinetics of the natural damage mechanisms. Furthermore, the extent of damage depends on the shock speed, so the team will simulate several particle velocities to establish the lowest velocities at which the damage is minimal or nonexistent, and the upward boundary at which the damage is catastrophic.

In 2011, the team used the full Intrepid machine to run a one-billion-atom reactive MD simulation at a particle velocity of 2.0 km/s. In 2012, the team examined the ionic flow characteristics of water inside silica nanochannels. It ran small-scale calculations on a baseline water system of approximately 230,000 atoms, and on a twenty angstrom-wide silica nanochannel with water and sodium and chlorine ions.

The team aims to exploit the capabilities of the ALCF’s Mira supercomputer to attempt simulations that encompass several billion atoms for nanosecond timescales, and several million atoms for microseconds.