In this Q&A, Maulik discusses his research and what inspired him to pursue a career in computational science.

Maulik, who earned his PhD in Mechanical and Aerospace Engineering from Oklahoma State University, has strong research interests in artificial intelligence, computational fluid dynamics, and high-performance computing. Associated with Argonne’s Mathematics and Computer Science Division as well as the ALCF, where he began in 2019, his work revolves around the development of machine learning algorithms for a variety of computational physics applications.

In this Q&A, Maulik discusses what draws him to scientific computing and his current research projects, enabled by the unique resources the ALCF offers. 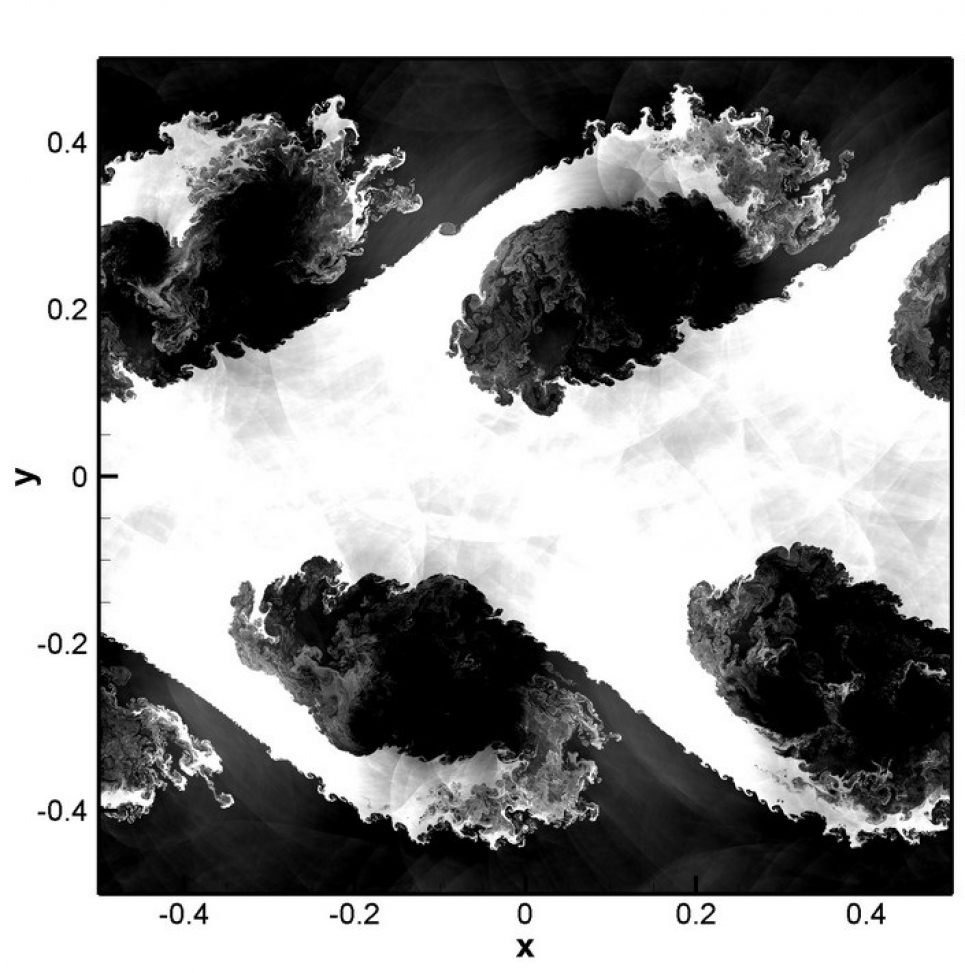 What drew you to apply for the Margaret Butler Fellowship?

The Margaret Butler Fellowship was particularly appealing to me because it offered the chance to conduct independent research while being surrounded by the world-class resources and infrastructure of the ALCF. My graduate studies were geared towards method development for computational physics and a position at the ALCF has helped expand the scope of my research by providing opportunity to utilize unique computing resources such as Cooley and Theta. Also, the chance to be associated with a position named after one of the greatest scientific minds of her generation, Dr. Margaret Butler, is a massive honor for me.

What excites you most about working at the ALCF?

An opportunity to work at the ALCF provides the perfect bridge from on-paper theory to production. It’s immensely rewarding, as an early-career scientist, to work to find solutions to the sort of large-scale, sometimes seemingly intractable scientific problems the ALCF deals with. I look forward to leveraging Aurora in my research as the facility transitions to exascale. One can generate research here at Argonne that is simply impossible anywhere else in the world.

Can you tell us a little about your current research project(s)?

I have several interesting projects underway right now. One of the most promising focuses on developing cost-effective surrogate models for emulating complex partial differential equations. Essentially, our goal is to replace costly numerical computations embedded in large simulation codes with machine-learned kernels. Through this, we are aiming to reduce, by several orders of magnitude, the computational expense for simulations relevant to weather modeling and engineering design. Additionally, a core focus of my proposal also relies on the dissemination of software, and we are in the process of developing and releasing code that helps simulation and data-science tools interface in real-time without the extremely slow process of disk utilization. This will allow for machine learning and simulation to occur simultaneously on large machines.

How are ALCF computing resources helping to enable your research?

Much of my research is impossible without access to the extremely large datasets that are required to train machine learning models. We have been using Theta to generate training data through large numerical simulations of partial differential equations. These datasets are then used for training large artificial neural networks on both Theta and Cooley, with the latter giving us access to GPUs. The automatic machine learning software DeepHyper is especially important to my research; developed here at Argonne, it allows the user to search for the optimal neural network architecture to accomplish a given task.

What inspired you to pursue a career in computational science?

I believe that mathematics is the lingua-franca of the universe and it blows my mind that a few lines of code on your machine can reveal such rich information about the world around you, from molecular scales to the galactic. Computational science interests me because it lets you hypothesize and experiment with the problems of tomorrow. In that sense, I am very fortunate to have had the opportunities, both at Argonne and beyond, to study this amazing field and collaborate with the broader mathematical community.

How would you explain what you do to someone without a science background?

It's magic! In all seriousness, what we do boils down to analyses of a physical process that is currently too costly, too dangerous, or simply impossible for an experimentalist. A simple example may be given as follows. Let's say you want to build a new airplane wing: now, you would probably want to see how it performs before you were to build an entire aircraft and send it up into the sky! Therefore, we attempt to identify how a proposed wing shape would perform (by simulating this on a large computer), narrow down the wing design to something that is most definitely appropriate for wind tunnel testing (which is safe but expensive), and finally approve a set of designs for actual flight tests. My job is to also investigate methods that may accelerate the simulation itself; this is what we use machine learning for.

What are your interests outside of work?

My wife and I have three cats—Gauss, Plato, and Leonardo—who keep me thoroughly entertained outside work. I am also an avid baseball fan and frequently visit Wrigley Field to cheer on the Chicago Cubs.

Margaret Butler Fellowship in Computational Science is an Argonne-based fellowship program that supports a postdoctoral researcher who is working in a field of study to advance the use of high-performance computing to solve specific, complex science and engineering problems. For more information, visit https://www.alcf.anl.gov/margaret-butler-fellowship-computational-science